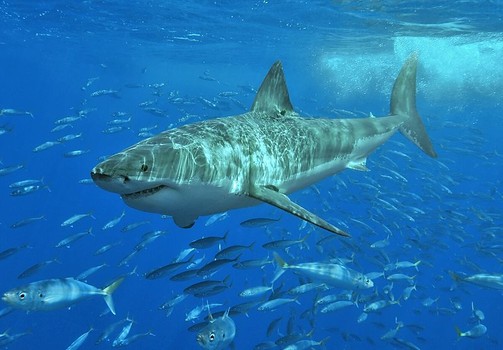 A twenty year old German woman was the unfortunate victim of the latest shark attack to hit Maui waters. The woman was snorkeling fifty yards from the beach when she was bitten Wednesday in the late afternoon. People enjoying Palauea Beach heard the woman screaming, and raced to her side.

The victim's arm was not found, and she had been bit just below the shoulder. At the time of the attack, the water had low visibility and it was rough. She was soon taken to the local hospital, but no more information has been released yet concerning her condition. It is not known what kind of shark bit the woman as bystanders were not able to locate it.

Beaches were closed until midday when it was finally noted that there were no signs of sharks in the area. This is the sixth shark attack to hit Maui so far this year. It is best to avoid swimming alone as people are less likely to be attacked when in large groups. Also, some sharks prefer to look for the food in the morning and later in the day. Avoid the ocean at these times if you want to play it safe.

Not the first Shark Attack Recently

Pacifica, CA - In these somewhat cold waters in Northern, CA, Micah Flanaburg was enjoying an afternoon of fishing from his Kayak along with his father-in-law. It was at that time that a Great White Shark surfaced beneath his single-person plastic kayak and hoisted it above water.

Flanaburg said the man-eating shark then took hold of the kayak and jostled it from side to side eventually taking hold of the craft in its jaws.

The shark bit into the kayak and then swam around Flanaburg at which point it vanished as quickly as it had appeared.

"It was intense. It was just like the Discovery Channel where you see the eyes roll to the back of the head and the pink gums and his teeth bared," Flansburg told ABC.

Looking back, Flanaburg believes the incident lasted no more than ten seconds, but he says it was a very long ten seconds. He feared that if the shark were to take another bite of the kayak, it would be in a part where his legs were.

Flanaburg's kayak is 15 feet long which gave him a good means of measuring the shark. He says the predator was 3/4ths the length of his kayak which would put it's length at 12 feet.

They were only between 100 and 200 yards from the shore. There are multiple swimmers and surfers at Pacifica Beach this time of year.

Last year's fatalities happened in Australia (three), Reunion (two), the Seychelles (two) and South Africa (two), with one each in Costa Rica, Kenya and New Caledonia.