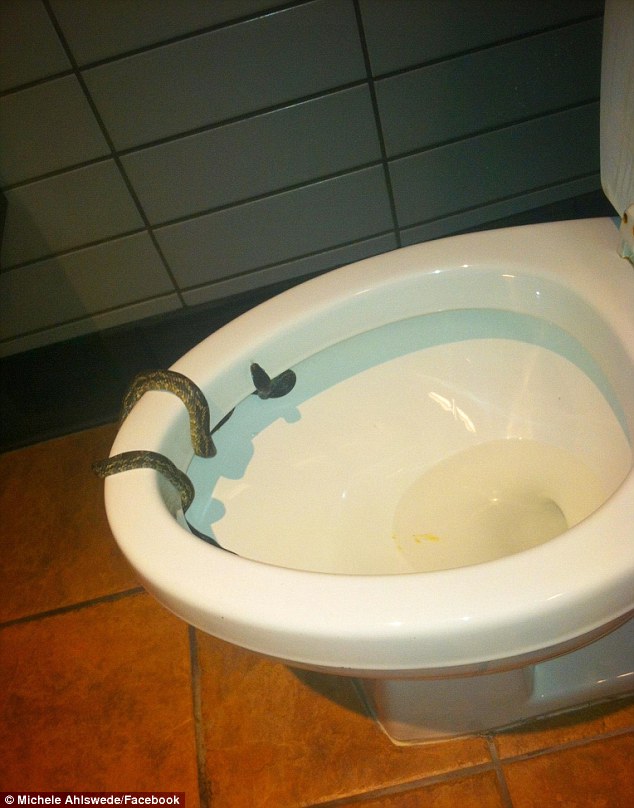 A customer at a Starbucks café in San Antonio, Texas, thought a fellow customer was simply playing a prank on him when he encountered what he thought was a rubber snake draped over the toilet in the cafe's restroom.

But luckily for Bruce Ahlswede, he didn't reach out to touch the creature before he did notice that it was alive and moving. He quietly existed the bathroom in order to alert the manager that a snake had managed to take up residence in the restroom.

When Ahlswede, his wife, and several store employees crowded back into the restroom, Mrs. Ahlswede managed to capture several photos for posterity before the snake disappeared into the toilet bowl. Although the rumor quickly spread that a python snake had taken up residence at Starbucks, local reptile experts consulted about the mystery report that the creature was most likely a more common rat snake, considered non-poisonous.

After a visit from a representative of the South Texas Herpetology Association, Starbucks management declared that their store was once again snake-free, although no proof was provided that anyone managed to catch the snake. Ahlswede and his spouse say they will return as customers, but won't use the restroom before thoroughly checking it out.