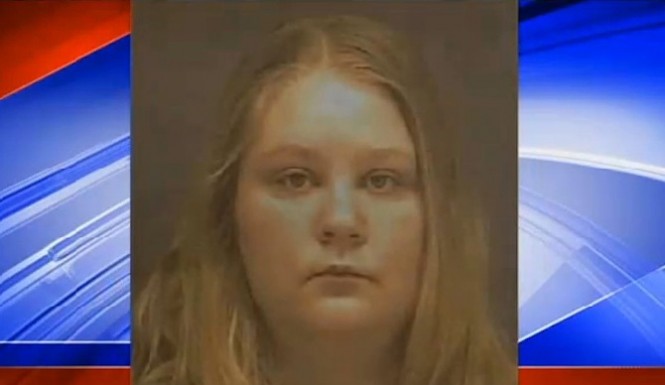 The tight-knit community of Elyria, Ohio, was shocked to learn that one of their daycare workers had been charged with raping an infant. Twenty-five year old Heather Koon faced two counts of rape after police found a video of the infant and Koon having sex.

Originally police raided Koon's apartment in order to arrest James Osborne, her boyfriend. Osborne is a registered sex offender and he was using a false address at the time. After police removed a laptop from the apartment they found a video showing Koon raping the baby. The police report said the video showed Koon, "engaging in sexual conduct with an unknown infant." Osborn was arrested for living in the home because he was registered as a sex offender at another address. The 34-year-old boyfriend is on probation from a 2010 conviction of pandering child pornography.

The incident took place at ABC KIDZ daycare center in this small town of 55,000 people. The center maintained they asked for discretion to see if there might be other victims. The daycare's lawyer, Carlos Johnson, said the daycare is cooperating with the police as well as with the investigation. He went on to say that they are also eager to determine the specific circumstances of the incident.

Johnson said that workers at the daycare are putting together a list of children who may have had contact with Koon during her working hours. Dennis Cavanaugh, a Sheriff Chief Deputy with Lorain County, commented to a local newspaper that he fears, "this is just the beginning."

According to The Inquisitr, the family’s identity was withheld for the protection of the child involved.

“I still haven’t wrapped my mind around it,” said the baby’s father, who has chosen to speak out about the incident so other parents can determine if their children were also victims. The father said ABC KIDZ asked him not to speak publicly about the incident.

In a statement, Carlos Johnson, the attorney for ABC Kidz, said the company does not believe there were other victims:

"The daycare in cooperating with the investigation and we’re compiling a list to determine which kids were present while she, Heather Koon, worked there. We do not think there are more victims, but out of the abundance of cautiousness we want to make sure that we are correct."

Koon pleaded not guilty Monday to charges of raping an infant. She vehemently denied the allegation that the video was found showing her assault on the infant. Her attorney, Dan Wightman, indicated his client denies any type of involvement with the video. He said that Koon's says it is definitely not her in the video. At her arraignment Oct. 7, prosecutors said that the state has "very strong evidence" against Koon, and stated that her alleged victims were between the ages 1 and 2, WKYC reported.

Koon is being held on a $2 million bond. She has a preliminary court hearing on October 15. Osborn, her boyfriend, is being held without bond.

According to Azcentral.com, the facility, which opened in 2011, has been cited several times in the past year and a half for records and safety violations including failing to request the criminal records of two staff members, improperly storing medications, placing infants in unapproved sleep positions and allowing hazardous conditions, such as failing to anchor a television accessible to preschoolers.

Laboratory Burgers Soon on the Menu?