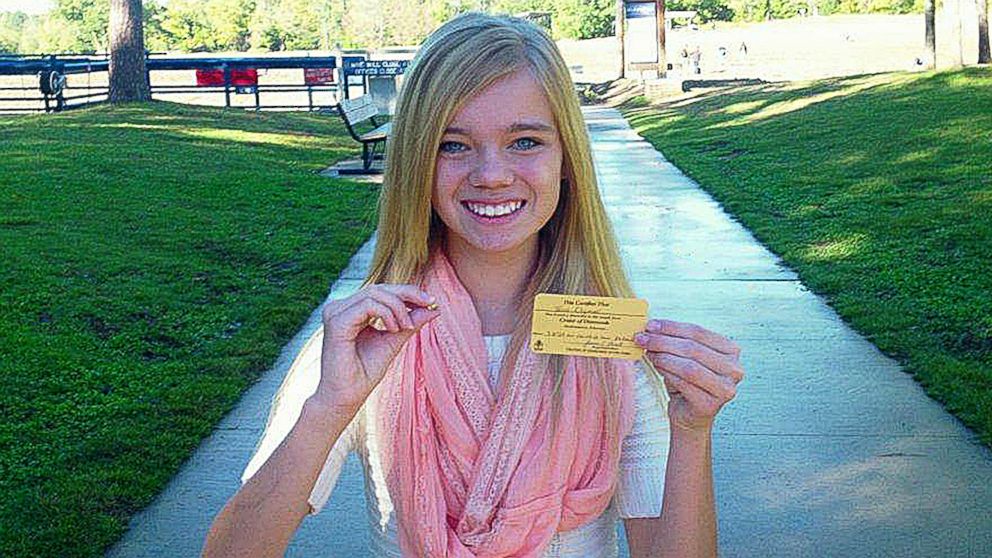 On Saturday, October 19, 2013, an Oklahoma teen unearthed a 3.85-carat diamond at Arkansas state park on a family trip. Tanya Clymer discovered this gem while sifting through a field at the state park for several hours; initially she felt something smooth beneath her finger. "When I touched it, I thought it was a marble. I think God pointed me to it." stated Tanya. Park officials confirm that this isn't the first gem found on the premises.

The diamond unearthed is tinted yellow and about the size of a small marble. Tanya believes that God helped her find it and has playfully named the diamond "God's Jewel."

According to park officials, many diamonds have been found this year due to the active rainfall. The rainfall pushes dirt away from the surface area of the soil and exposes diamonds and other gems. This is the 396th document gem that has been found at Arkansas state park this year, some other gems found include amethyst and garnet.

According to her mom, Tanya has been too excited to sleep. She's indecisive about what to do with the diamond. She plans on either using it as a ring or selling it to fund her future college payments.

No two diamonds are alike, and each diamond finder's story is unique, too," assistant park superintendent Bill Henderson said in a statement.

"What an experience for Tana to remember the rest of her life," he said. "Tana told me that she was so excited she couldn't sleep last night. She's either going to keep the diamond for a ring, or if it's worth a lot, she'll want that for college."