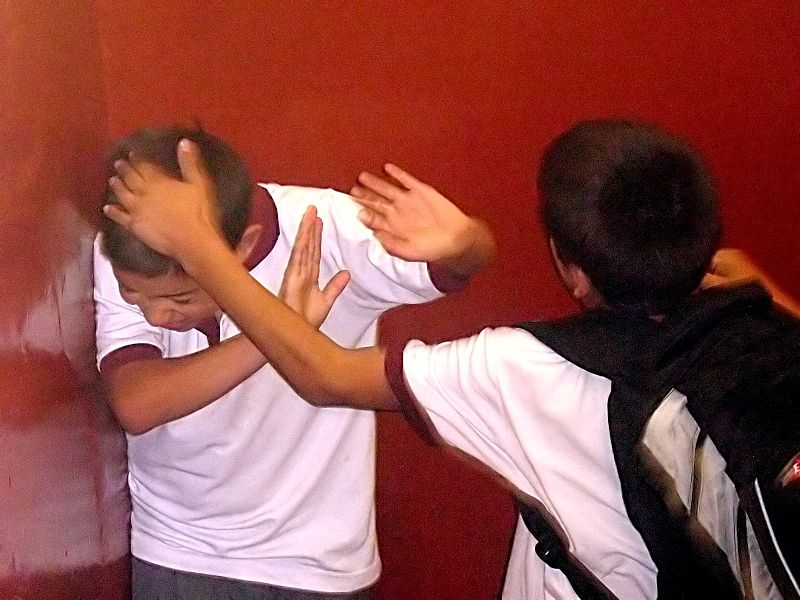 Young Caitlin Rocco, age 16 (not shown), is legally blind and despite that she has applied herself to her education and is an honor student. You would think that she would be an inspiration to students, but instead she is the target of bullying.

The bullying and harassment has been so intense that it has driven her to contemplate suicide which resulted in her being hospitalized for a weekend.

"My daughter is legally blind. She has had her glasses ripped off her face and thrown broken to the floor," said mom Marah, who blamed Scholars Academy in Rockaway Beach for not resolving the problem.

"The school waits out the victims, because the students who are bullied either graduate, they drop out - or they commit suicide," said Ms Rocco.

"My question is: How many dead children do we have to have before this country takes bullying seriously?"

The school has not been of much help.

"Parents need to be clear that if their children are bullying they need to stop," Howard Beach mom Marah Rocco said to The New York Post, adding that the bullies' parents should be held accountable.

"Bullies are often bullied at home. This is learned behaviour," said Ms Rocco.

However, the school did allow her to skip a grade in a move which they believed would put her out of reach of the bullies. Sadly, the change did nothing to lessen the bullying.

Now, her mother Marah is going on the offensive and striking at the root cause of the bullies: their bullying parents. Both mother and daughter believe that bullying is usually a behavior learned at home and have instructed their lawyer to file a lawsuit against the parents of the vilest bullies and the Department of Education.

Mrs. Rocco believes the school usually "bides its time" on bullied children knowing that each individual problem will go away as the children graduate, drop out of school, or take their own lives.

On The Web:
Mother sues parents of school bullies after her legally blind daughter threatened with rape, murder
http://www.news.com.au/lifestyle/parenting/mother-sues-parents-of-school-bullies-after-her-legally-blind-daughter-threatened-with-rape-murder/story-fngqim8m-1226755468183