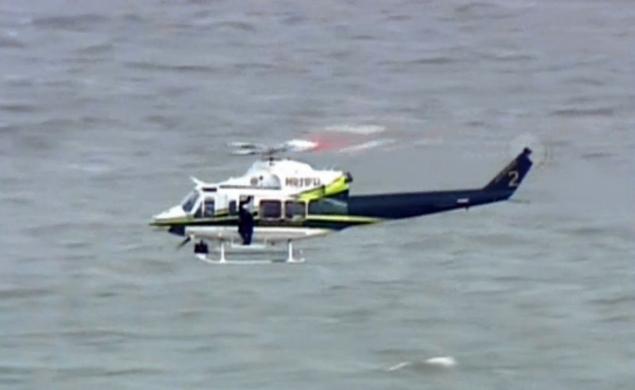 "Investigators have found a body believed to be that of Gerardo Nales, the passenger who reportedly plummeted to his death from a plane in mid-air Thursday," the Miami Herald reports. "The body was located at about 10:30 a.m. on the ocean side of a mangrove area just south of Southwest 184th Street, Miami-Dade Police said in a statement released Saturday."

According to ABC News, authorities in Florida have succeeded in the task of identifying the man who fell out of an airplane to his death.Javier Baez, a spokesperson for the Police Department of Miami-Dade County in the southern state of Florida, announced today that the victim of the bizarre accident was Gerardo Nales, a 42 year old white male. No reason was given for why the man apparently simply opened the door of the private airplane while it was in flight.

Nales was a native of Key Biscayne, which is an island located just off the coast of Florida. According to testimony given by the pilot of the private aircraft, Nales opened the door, and fell to his death. Baez added that authorities were searching the nearby Atlantic Ocean to locate and bring home the body of Nales for burial. Current weather conditions have made the search more complex than expected.

Neither the identity of the pilot of the private airplane, nor the intended destination of the two men on board have been revealed as yet. The entire affair is currently the subject of an ongoing investigation. More news is expected to be released within the next few days. NBC MIAMI
A search is underway for a passenger who fell from a private plane over Biscayne Bay off the coast of Miami.[/caption]

Earlier today, around 1:30pm EST, a passenger fell out of a private airplane off of the Florida coast. The incident occurred near Biscayne Bay and the Key of Biscayne and the passenger has yet to be identified. The plane was flying at approximately 200 miles per hour when the pilot received a door ajar warning and called the Coast Guard alerting them to the situation. The pilot is also remaining unnamed at this time.

According to the Huff Post, the pilot told FAA officials the passenger opened the plane's rear door, according to a recording of the mayday call:

"That's correct, sir," the pilot responded. "He opened the back door and he just fell out the plane."

The pilot soon landed safely at the Tamiami Airport and the US Coast Guard is still searching for the passenger. The search is being concentrated about eight miles southeast of the airport, which is located near Miami. The search is still being considered a search and rescue according to Petty Officer Mark Barney.

A Dade County Fire Rescue helicopter, three Miami-Dade Police boats and a Coast Guard rescue boat are participating in the search. The helicopter has since been called off. ABC News reported that the pilot at the passenger were the only people on board the six-person plane at the time. The circumstances leading up to the event remain mysterious and the Miami-Dade Homicide Unit was dispatched to Tamiami after the plane landed in order to investigate. Passenger Falls Out of Plane Off Florida Coast
http://www.nydailynews.com/news/national/passenger-fell-private-airplane-flying-biscayne-bay-report-article-1.1517506