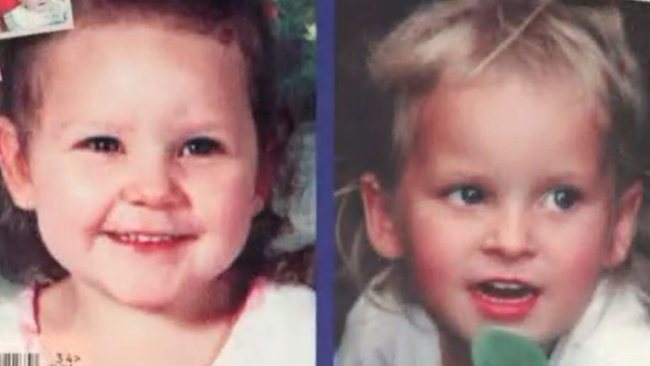 Both Callie Johnson and Rebecca Chittum share a unique experience that most people will never have: they were switched at birth. In their case, the labor and delivery ward at the University of Viriginia Medical Centre in the city of Charlottesville was responsible for the mixup.

The whole situation began to emerge when Paula Johnson's baby daddy demanded a paternity test. At the time, their daughter was three years old. The tests validated his suspicions about his paternity, but the devastating news was that neither was Paula the mother of the little girl she had been raising.

An article from the Washington Post in 1998 Describes the switch:

Paula Johnson gave birth at 11:12 that night. Whitney delivered her baby the next day. Both would leave the hospital with healthy newborn girls.

But somehow, initial tests now suggest, their babies were switched, raised these last three years by the wrong parents. And today, their very different lives are entwined in a melodrama that will redefine two American families in untested ways, either in the courtroom or on their front porches, over storybooks or over legal briefs, with compassion or heartache. Mrs. Johnson was able to get the medical centre to locate her actual daughter who had been given the name Rebecca Chittum. On the day the university's medical centre learned of the mixup, Rebecca's parents died in a car crash and never learned the truth about their daughter. A legal challenge ensured because Paula Johnson wanted her daughter back. Ultimately, a child psychologist persuaded the presiding judge that it was in the best interests of the children to let sleeping dogs alone.

Paula Johnson sued the university and won $1.25 million, but says she only wanted an apology. They have not been willing to issue her one.

"I’m angry because I don’t have a relationship with my biological child. I’m angry at the hospital because the only thing I ever asked was them to apologise," Ms Johnson told CBS. "I’m angry that Kevin and Whitney aren’t here to see what a beautiful child she is and how much she’s grown."

Callie said she is planning to one day write a book about her life.

On The Web:
Virginia teen talks about being switched at birth, a mistake that changed security in hospitals nationwide
http://www.news.com.au/lifestyle/relationships/girls-callie-johnson-and-rebecca-chittum-switched-at-birth-are-now-18/story-fnet09p2-12267603