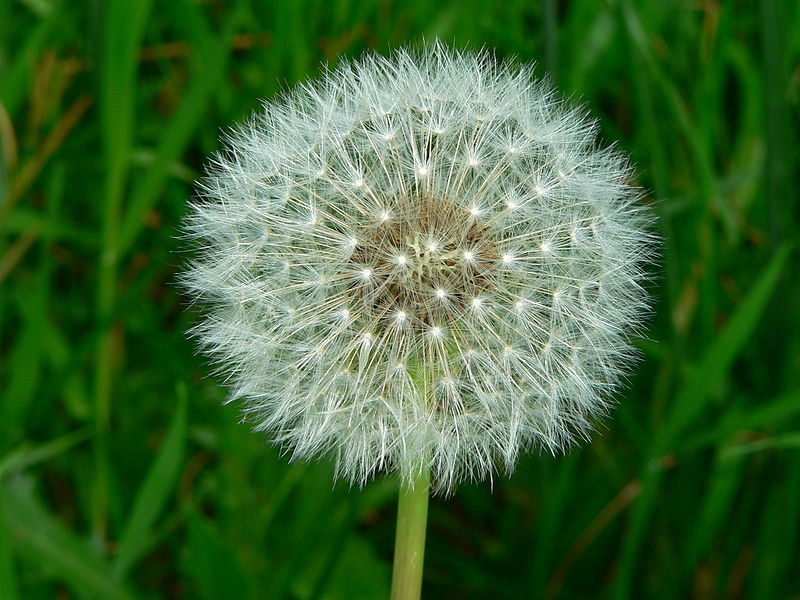 Chinese doctors received what may have been the biggest surprise of their medical careers when they found a flower growing in the ear of one of their patients.

The dandelion was successfully removed from the 16-month-old patient, whose name is Ranran.

She was reported to be recovering from the surgery, which took place on November 25 in the Tongzhou district of Beijing.

According to accounts from the Chinese news agency Xinhua, the flower was discovered by Ranran's mother after the child had cried over what appeared to be an incessant ear itch.

Measuring about three-quarters of an inch in length, the dandelion was growing in the child's left ear. The flower had spawned from a seed that became lodged in her ear canal some months earlier.

The dandelion must have then grown from the effects of the moisture and the warmth found within the ear.

'Even the slightest bit of pressure put her at risk for internal bleeding so it had to come out,' said Gu Qinglong, the hospital's chief physician of otolaryngology.

The child's mother said that she was unable to remove the flower herself, and sought professional medical attention. The doctor treating the girl noted that even the slightest pressure imposed by the flower could have caused serious damage. The finding of the flower was described as an "extremely rare case" for those in the medical profession.

Young girl had a 'fully grown' dandelion inside her EAR and had to have it surgically removed by doctors in China
http://www.dailymail.co.uk/news/article-2515945/Young-girl-fully-grown-dandelion-inside-EAR-surgically-removed-doctors-China.html#ixzz2mB5tXUI3