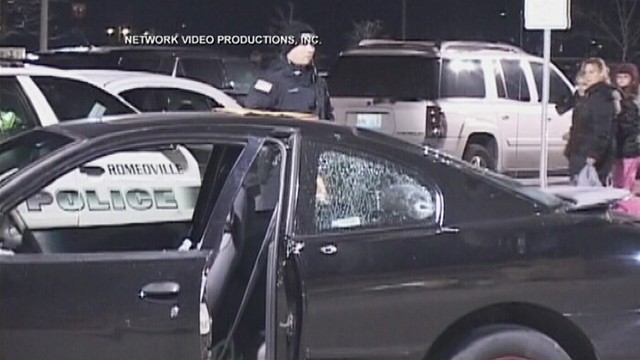 A man was shot on Thanksgiving Day while fleeing from police at a Kohl's parking lot in Romeoville, a suburb of Chicago. Police were responding to a shoplifting call from the department store at around 10pm that night when the incident occurred.

As a patrol car pulled up, one of the suspects bolted out of the front doors and ran towards an awaiting Pontiac Sunfire. The suspect entered the car and closed the door on a pursuing officers arm as he was attempting to apprehend the man. As the driver pulled away, the police officer was dragged along the ground while his arm was stuck in the car.

The driver ignored repeated warnings to stop his vehicle, forcing another officer to fire three or four shots at the car hitting the driver in the shoulder area. Both suspects were arrested as well as a third suspect arrested inside Kohl's.