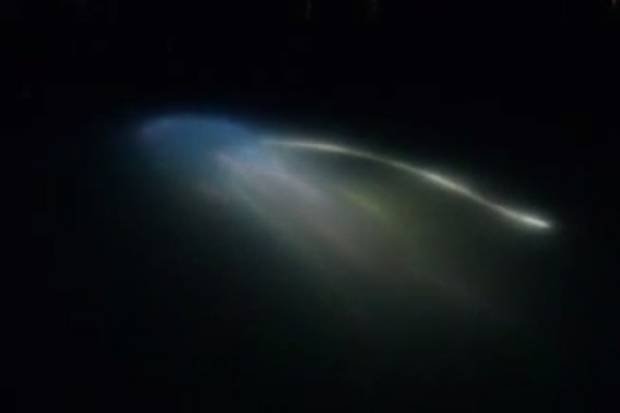 Aliens in the Bristol harbor?

Video footage has emerged of a glowing create swimming in the Bristol harbor. Eyewitnesses of the event filmed a tentacle being that flashed a variety of colors while floating near the top of the water. Twitter and youtube have exploded with videos and reactions to the videos. Some are already claiming that the creature on film is, in fact, an alien and expert marine biologists have admitted that they are baffled but they do offer different possibilities for the creature.

Some biologists believe that the glowing creature could be a special type of jellyfish or marine salp that drifted off course. The most intriguing part of this story, in the eyes of these scientists, is that the creature showed up in such a loud and busy area--strange behavior for any sort of wildlife.

Many people took to social media for their reactions. Some had been taking a walk outside when they were attracted to the bright and flashing lights. Others actually worked in the harbor. The common thread here is that all noticed the mysterious being and described it as organic and fluid in its motion and very, very bright.

Scientists are hesitant to make any claims as of yet.

Dr Steve Simpson, from the School of Biological Sciences at Bristol University, told the Telegraph: "It's very intriguing, I don't really know what to make of it.

"There is a possibility that it is a special type of jellyfish or a marine salp. It's very unusual and I haven't really seen anything like it before though.

"What makes it even more unusual is that fact that it showed up in the middle of a really busy area.

"There are various marine animals that have biological illuminating abilities and they are able to make themselves flash.

"It is entirely possible that it is a marine creature which has been brought into the harbour because of the storms or maybe it was trying to shelter from the stormy seas.
"We are currently experiencing spring tides too which may have dragged whatever this is in from the sea.

"This is either a very interesting animal or someone's very cool interpretation of a marine creature.

"It looks really cool - it's incredible. I don't know if it will make a return tonight but I'm sure if it does it will be met by an eager crowd." Paralyzed bride walks down the aisle seven years after accident