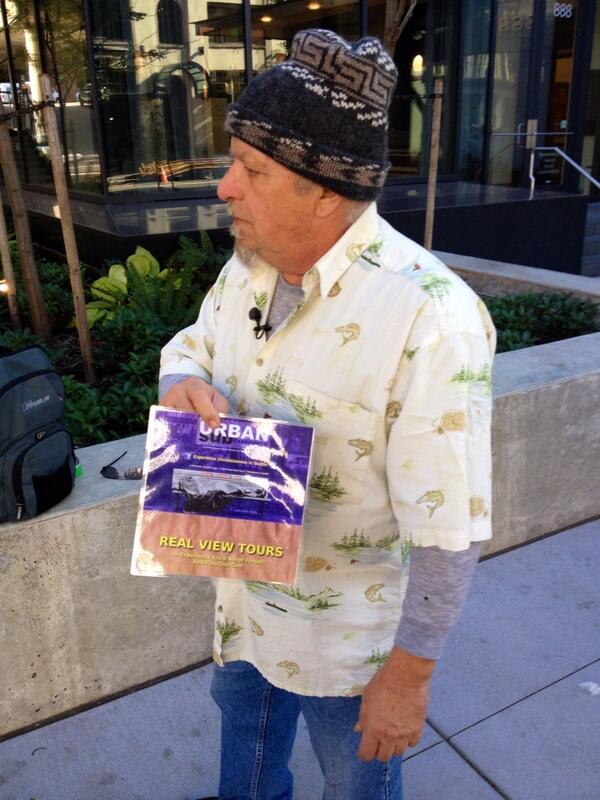 Seattle, WA - As the old adage says "When life gives you lemons, make lemonade." However, critics seem to take issue with a homeless man trying for trying to do just that. Mike Momany, age 62, has been on the streets for two months and no one seems to have care that much for his safety. However, when he launched a three-day course in "Applied Homelessness" at a cost of $2,000 per peron, critics have come out to denigrate his program.

It is ironic that that same crowd of people who find nothing wrong with giving the homeless shopping carts to use as "mobile" homes declare a homeless man's efforts to earn money giving people a hands-on approach to homelessness distasteful. For now, Momany hasn't had anyone sign up for his course.

“The people who live on the street in Seattle are not there by choice,” Caitlin Bancroft wrote in an op-ed for PolicyMic. “Their circumstances and appearance are the result of necessity. It is cruel to dress up and playact their lives. It stereotypes and mocks the people and the community. To add insult to injury, the guide commodifies the experience by charging people to participate.”

Most negative comments have been disabled on the tour's Facebook page, but the Intelligencer reports that critics were using it to call his services exploitative, using terms like “poverty tourism” and calling the service "tacky as hell."

"This is horrible. It is one thing to bring attention and awareness of the homeless situation in our community, but to charge $2,000 AND take away a bed from someone who has no other choice? Repugnant," wrote Melody Burson in one of the only negative comments still standing on the Momany's Facebook page. "I also can't find where you are licensed to do business in the State of Washington."

National Coalition for the Homeless director Michael Stoops told CNN he thought Mr Momany's intentions were in the right place, but didn't think it was a good idea to make money from it.

What do you think? Is this tour appropriate for education purposes, or is it exploitative towards the homeless in Seattle? Weigh in below.

Homeless is the New Hip For Rich Jerks in Seattle
http://www.policymic.com/articles/66321/homeless-is-the-new-hip-for-rich-jerks-in-seattle

Neil Carter Had Fear of Noise Which Drove Him To Suicide