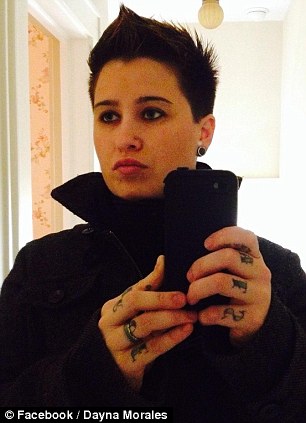 A waitress at a New Jersey restaurant who claimed last month that customers refused to leave her a tip, scribbling a note criticizing her gay lifestyle on her receipt instead, has been terminated from her job. Dayna Morales gained attention around the world when she posted the alleged receipt on Facebook, claiming she received a hand-written note expressing anti-gay sentiments rather than a tip for good service. But the management at Gallop Asian Bistro where she was employed became suspicious of her claims after the couple involved in the incident came forward to say her claims were fraudulent. They produced a copy of their credit card receipt showing that they had indeed left a handsome gratuity and no handwriting whatsoever.

The Gallop Asian Bistro has taken seriously the allegations made by Ms. Dayna Morales, and those made against her. Despite news reports to the contrary, this is not a simple, straight-forward matter and we have conducted our own internal investigation. The results of that investigation are inconclusive as to exactly what happened between Ms. Morales and the customers that night. However, in light of the investigation and recent events, both Ms. Morales and Gallop Asian Bistro have made a joint decision that Ms. Morales will no longer continue her employment at our restaurant. We wish her well in the future.

People who sympathized with Morales initially even began sending her money via PayPal to make up for getting stiffed on her tip. PayPal has since refunded that money to those individuals. Morales, who is a former Marine, continued to insist that she was telling the truth but declined to offer any other comments or details in a formal interview situation. This was a sharp departure from her intial willingness to talk about the alleged incident on local news programs.