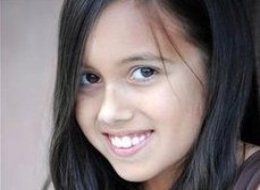 Colby Curtin Granted Dying Wish To See Movie 'Up"[/caption]Pixar Makes 10 Year Old's Dying Wish Come True With Private Screening
Occasionally that rare, great story of compassion comes along to lift all our spirits. This was the case with Pixar and Disney studios and their animated feature Up. In 2009, learning that 10 year old Colby Curtin of Huntington Beach, CA was coming to her final days after a 4 year fight with cancer, the studios sent an executive representative to her home with an unreleased DVD for a private screening.

With online theft and piracy bringing massive hits to the movie industries bottom line, studios are reluctant to take any risks with leaking their films let alone a potential behemoth of a money maker the likes of Up.

Her mother said Colby had expressed a strong desire to see the movie and agreed to hold on to life until that happened. Unable to procure a wheelchair for the theaters, a family friend made a desperate attempt to contact Disney and Pixar, fortunately getting the message through to someone with the ability to act upon the request.

"I'm ready (to die), but I'm going to wait for the movie," she said her daughter replied.

Unable to open her eyes to see the film, Colby and her family received her dying wish as her mother sat by her side describing the film to her. She passed away several hours later.

"When I watched it, I had really no idea about the content of the theme of the movie," Colby's mother told the Register. "I just know that word 'Up' and all of the balloons and I swear to you, for me it meant that (Colby) was going to go up. Up to heaven."

Teacher Michael Landsberry tried to get shooter to put gun down