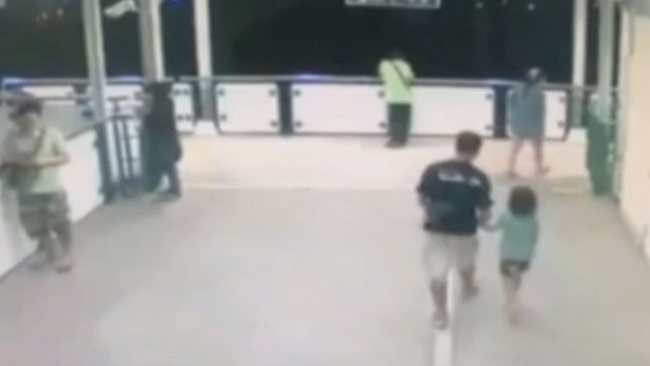 Bangkok, Thailand - CCTV camera footage showed young 6-year-old Nong Cartoon being escorted by the hand through the Bearing skytrain station by 32-year-old Nui. He has since been arrested in connection with her rape and murder. The crimes committed by Nui were savage. The aggravated sexual abuse, the strangulation, and subsequent decapitation reveal a dark side to this sexually deviant man.

The circumstances surrounding the incident are all the more tragic. She had gone with her father and friends to watch a concert by the popular singing group called "Mai Thai Hui Jai Silp". At 10:20PM local time, Nong became tired so her father decided to take her back to the truck and sleep for the remainder of the concert. He stayed with her for ten minutes and returned to watch the final moments of the concert. In all, he was gone no more than 40 minutes, but that was enough time for Nui to stalk her and lure her away. Her body was discovered ten days later outside the Suklhumvit Soi 501 motorway.

Her death has shocked the entire nation. People are outraged that Nui had only recently been released from prison for another child abduction. What is all the more tragic is that therapy for sexual deviancy has advanced since the 1980s so much so that treatment is 92% effective at preventing relapses. This is more successful than with any other demographic of criminal. However, few states invest in quality treatment for sexually deviant people relying only incarceration as a deterrent. CCTV footage shows Nong Cartoon, 6, being led away by a suspect named Nui, who then allegedly raped and strangled her.
[/caption]

On The Web:
CHILLING CCTV footage shows a six-year-old girl being led away by a man who reportedly raped and strangled her.
http://www.dailymail.co.uk/news/article-2524512/Caught-camera-chilling-moment-girl-led-away-hand-hand-monster-raped-killed-her.html