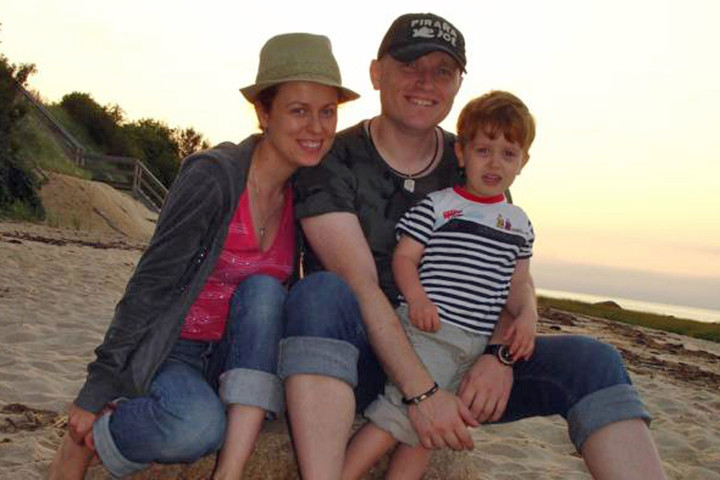 Tragic end for a son and his father.

The life of Dmitriy Kanarikov, 35, and his toddler son ended in tragedy after he allegedly threw the child and then himself off the 52nd floor of a West Side skyscraper.

Sources state that Dmitriy’s actions could have been fueled by a heated custody battle between his estranged wife over their 3 year old toddler.Witness reportedly saw Dmitry enter into the Lincoln Square Tower with his son.

Dmitriy did not reside in the luxury apartments; it has been revealed that one of Dmitriy friend’s was previously a resident of the establishment.According to sources, the tragic event occurred around 12:05 p.m. on Sunday. Though no eyewitnesses have come forward, people in neighboring buildings recall hearing a loud thud as the bodies hit the roofs of other buildings.

A witness said the boy was wearing Christmas pyjamas.

"They were pumping his chest and working on him, and nothing," said Luis Ortiz, who was at St. Luke's Roosevelt Hospital, a block away from the scene, when paramedics rushed him in.
"You could tell he was slipping away. They said the father was up there, but they didn't bring anyone else in. It was just heartbreaking. I have two kids of my own. They tried to do the best they could."

Previous pictures located on Facebook show an image of happiness with Dmitriy, his estranged wife, and their toddler son.

It is a mystery how such a happy looking family could have such a tragic event occur.

Father drops toddler from high-rise, jumps to his death
http://www.news.com.au/lifestyle/real-life/father-drops-toddler-from-highrise-jumps-to-his-death/story-fnixwvgh-1226788726784

Related Topics:Father drops toddler from high rise then jumps
Up Next

rape victim kicked off team at University of Connecticut