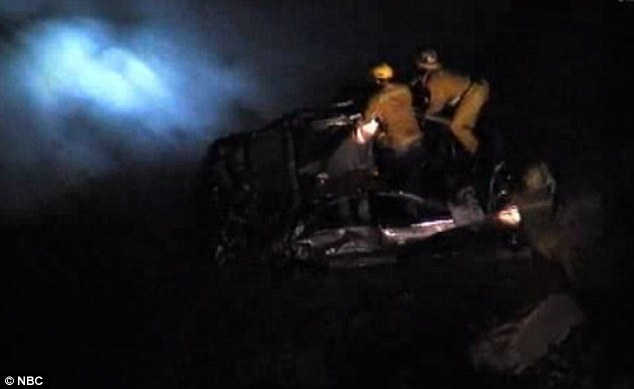 Palos Verdes Estates, California - a 19-year-old teen intentionally drove his car off a cliff and survived a 300-ft drop on to rocks in this Southern California coastal town. The teen lived to tell the tale, but not after putting the lives of rescuers at risk as they had to brave dangerous waves which were repeatedly crashing into his overturned vehicle. This is the type of situation the emergency responders are trained for and hopefully their efforts will pay off.

The young man is currently in critical condition at Harbor UCLA Medical Center where he was flown. Authorities have not officially ruled the incident a suicide attempt. Really? What part of the young man's admission that he intentionally drove the car over a 300-ft cliff does not constitute attempted suicide? Perhaps the fact that the young man is from the city of Rolling Hills Estates with a median income of $119,000 has something to do with the slow decision to label his actions as suicidal.

The daring rescue began at 2:00AM when the emergency call was made to 911. Rescuers had to battle the elements with vision impaired by the darkness of night. A wrecking crew set out to retrieve the vehicle and expected that operation to last eight hours. Plus-Size Barbie: is There Room For Fat Barbie?