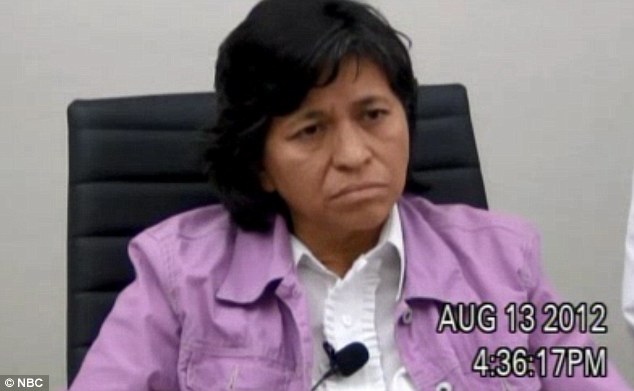 Gracious: Huguette was shy, but not sad. Her friends and the few relatives who knew her describe her as cheerful, gracious, stubborn, and devoted to her art. She poses at about age 37 [/caption]Manhattan Nurse Attempts to Block Settlement of $300 Million Estate

When Huguette Clark left this world for the great beyond, she left behind a fortune worth $300 million.

Clark, who was the daughter of former U.S. Senator William Clark, died aged 104 in May 2011 and her distant relatives have been battling over her $300 million fortune ever since.

Now, her nighttime maid from Ireland is upset about being cut out of the will and has filed a claim in Manhattan Surrogate Court to stop the settlement until she receives a portion of it.

Geraldine Coffey, the maid in question, claims that stealth negotiations have left her with no inheritance at all. It should be noted that by no inheritance she means only $1 million or ~50% of the lifetime income of the average American. However, by comparison, the daytime maid received $31 million in cash and other valuables. Coffey says that her mistress promised to take care of her after her death. While $1 million seems like a sum of money suitable enough to accomplish that goal, Coffey is demanding more.

Her obstacle is that she was never written into the will so her claim on the inheritance is verbal and as such will be more difficult to prove in court. Up until the death of Mrs. Clark, Coffey earned $130,000 a year as a maid working 12 hour shifts.

The legal battle is raging over two wills, both written in 2005, when Clark was 99, which name her nurse, Hadassah Peri as the beneficiary of her fortune, with the remainder going to family members by default.

Peri will have to return part of the fortune she was left by the reclusive heiress to relatives who never met her.

Under the terms of Friday's agreement Peri will have to return $5 million of the $30 million she was left as well as her former employer's prized doll collection.
The second will left instructions for a foundation to be established at Clark's Santa Barbara estate, in addition to leaving money for her attorney, accountant and a painting for the Corcoran art gallery.

As part of Friday's agreement, a $1 million gift to New York's Beth ISrael Hospital, where Clark spent the last 20 years of her life will stay according to the New York Post.

The beneficiaries say Clark was simply a generous woman who wanted to help those who helped her.
[caption id="attachment_77197" align="aligncenter" width="634"] Returned: Hadassah Peri will have to return the best part of $7 million to the estate of Huguette Clark under an agreement worked out between her lawyers and those for the late copper heiress's family u[/caption]
With $300 million at stake, the legal battles are far from over.

On the Web:
Huguette Clark's nurse challenges $355m will
http://www.news.com.au/finance/money/heiress-huguette-clarks-nurse-geraldine-coffey-challenges-335m-will/story-e6frfmci-1226796161032

Huguette Clark's nurse is ordered to hand $5MILLION to relatives who never met her: Faithful servant of reclusive heiress loses part of fortune she inherited in settlment
http://www.dailymail.co.uk/news/article-2427914/Huguette-Clark-faithful-nurse-ordered-5M-relatives-met-reclusive-heiress.html

Man claims to have killed Bigfoot in Texas