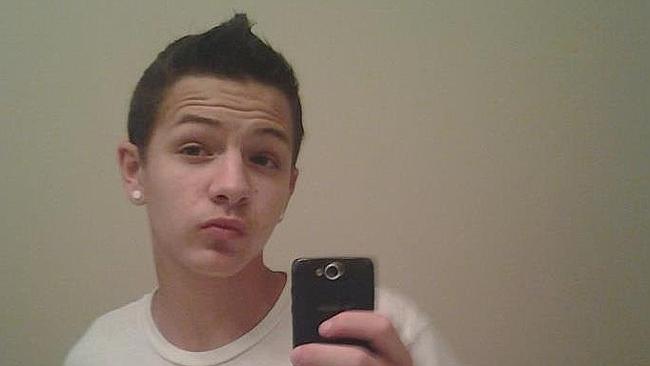 A teenage boy suffering from schizophrenia was shot dead by an impatient police officer this past Sunday because officers responding to his home didn't "have time for this". The horrific incident of police brutality occurred at the home of Mark Wilsey. Mr. Wilsey had phoned 911 because his 18-year-old step-son Keith Vidal was going "mental" due to his schizophrenia. Wilsey told the 911 operator that the young man refused to take his medication and was wanting to get physical with his mother. Wilsey called police because his wife feared for her safety.

"He's not doing very good. You've got to get him someplace," Wilsey said to a 911 operator. "He wants to fight his mother ... She's scared to death of him right now."

Local police responded by dispatching two officers who confronted the boy. As per the parents, the situation was in the process of diffusing when a third officer from a nearby jurisdiction arrived and declared that there was no more time to deal with the boy and ordered the others to strike him with a taser so they could take him away.

If that wasn't enough, two of the officers pinned the boy to the ground afterwards when one of them again concluded they had no time to deal with him and shot the teen dead.

“There were two cops on top of [Vidal]. Two cops and me with a 90-pound kid,” Wilsey told the newspaper. “And then he shot from behind me. [He] could have hit the officer.”

His parents are devastated and believe he was killed in cold blood. An investigation is being conducted.

The distraught family told local media the teen did not have a history of violence. They didn’t necessarily think he would do harm to anyone or himself with the screwdriver, but, as a precaution, they called police. “It’s always just been, ‘Leave me alone,’” Wisley told the Star News Online, noting that they’ve called the police to talk with Vidal before. “That’s all you have to do is talk to Keith, that’s the type of person he is, and calm him down and usually that will solve the problem.”

Vidal’s mother, Mary Wilsey, told WECT she had tried to get proper mental health care for her son.

“Where is the justice? Why did they shoot my son?” she said, according to the news station. “This is what’s wrong with our mental health system.”

On The Web:
911 call ends with Keith Vidal dead
http://edition.cnn.com/2014/01/07/justice/north-carolina-teen-killed/index.html

Related Topics:911 call ends with Keith Vidal dead
Up Next