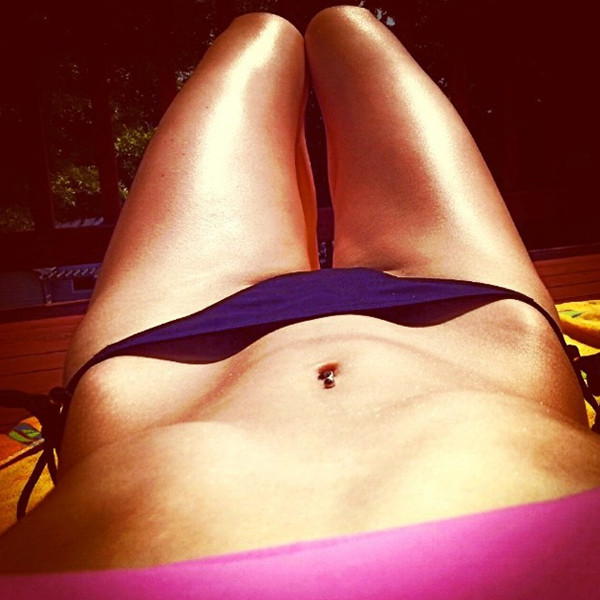 The bikini bridge, as it is called, is one of the newest body trends going around on the internet. The bikini bridge refers to the space between a womans hips where the bikini is suspended--presumably because the wearer is too skinny or is wearing an ill fitting swim suit. Many people find this new trend troubling as it is promoting a body and style of fitness that is less than ideal.

The trend originated on 4chan, an anonymous internet image board, where a user created fake propaganda to support the bikini bridge photo. The anonymous 4chan user made fake celebrity tweets both for and against the bikini bridge in order to drum up support for it to go viral. And it has. Websites like tumblr, twitter, and 4chan have erupted with images of supposed bikini bridges and now the media has caught wind of the whole viral event.

Luois Adams, a clinical psychologist, chimed in on the whole event with a tone more of alarm and distaste. She stated that social media trends like this enforce a body ideal that isn't healthy and can push impressionable people towards mistreating their body. On the whole she thoroughly disapproved the body-fad. “This is yet another disturbing trend that is set to go viral with Internet selfies. When are girls going to Instagram and Snapchat their real power part: Their GPA?” adds Walsh.

“This bikini bridge may become the bridge to disappointment. Girls do not need any more mirages to chase on the road to body satisfaction and positive self worth," says Dr. Robyn Silverman. On The Web:
Bikini Bridge: Everything You Need to Know About This Horrible (and Fake) New Body Trend
http://www.eonline.com/news/497785/bikini-bridge-everything-you-need-to-know-about-this-horrible-and-fake-new-body-trend

dog blows up owners house by chewing On Deodorant Can (PHOTO)