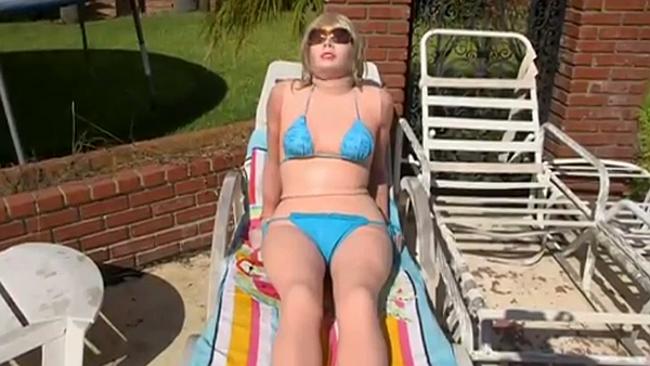 A masker is a male that spends his spare time dawning a female doll mask to be the woman of his fantasy. A new documentary will soon air on Channel 4 (UK) that goes in depth into the peculiar lives of these maskers. The program, called "Secrets of the Living Dolls", purports that there are thousands of men across the globe who do this practice.

Channel 4 tries to explain what Secrets of the living dolls Documentary is about:

This eye-opening documentary delves into the secretive world of "female masking," where men transform themselves into dolls by squeezing into a second skin.

Female maskers, also known as "dolls," are a hidden community of ordinary family men who lead extraordinary double lives, dressing up in elaborate rubber suits as they strive to become their own ideal fantasy woman. There are thousands of female maskers all over the world, but most have kept their secret behind closed doors.

It is certainly a variation on being a cross dresser or drag queen. Barbie Ramos, the owner of Femskin, which caters to the needs of the maskers, insists that they are regular people just like everybody else. Point in fact, Ramos says they are not freaks at all.

"They're not freaky people, they're not weird, they're just like you and me," explains Barbie Ramos in the documentary.

"They're just like what they call 'vanilla people' - that's you and me - except for at night or on special occasions, they like to put on a mask. Why not?" said Ms Ramos. "I don't think it would be fair to call them gay or even attracted to other men." said her son Adam, who also works at FemSkin. "It's about fun. A lot of men have fun by pretending to be women."

It should be noted that Ramos sells the special silicone-based customized outfits for maskers at a price of ~ £518 or $858 USD.

Some men have spent thousands on the suits, masks, clothes and wigs they wear to transform themselves into women.

This would make for a profitable niche business, and she won't disparage her clientele in any way. It would be bad for business.

Ramos goes on to say that the maskers are ordinary germane people who routinely want to spend an evening becoming a living doll. One recently divorced 70-year-old man from California explains that he has spent the last six years of his life occasionally becoming the doll "Sherry". It would be interesting to hear what his ex-wife thinks of "Sherry".

One of the men in the documentary succinctly explains why he's a masker.

"It's like a beautiful woman walking down the street," he says. "You become one of the beautiful people. You get a lot of attention and attention is not something that I've had a lot of."

"Robert" is a 70-year-old man who says the people he dates don't measure up to what he sees in the mirror when he puts on his second skin.

"They don't look anything like this and it's very difficult to date when you have this to come home to," he says.

Jon, a Minneapolis father-of-six who works as a forklift driver in a warehouse, finds his hobby helps him bond with his daughters. "I try to find ways to fit in and be involved with the daughters, and that sometimes means make-up and fingernails and things like that as well," he explains.

"You don't have to have your guard up and necessarily be afraid of other people if you want to dress in a way that makes you feel really good.

"One guy in particular that I trust at work - he knows that I put on the boobies!"

For more on the "Secrets Of The Living Dolls," click here.

What do you think of the female maskers? Let us know in the comments below.

On The Web:
Secrets Of The Living Dolls: Channel 4 Documentary Explores Lives Of Female Maskers
http://www.huffingtonpost.co.uk/2014/01/06/secrets-of-living-dolls_n_4547997.html?just_reloaded=1

Two drunks cut off own ears for bet in Moscow, Russia