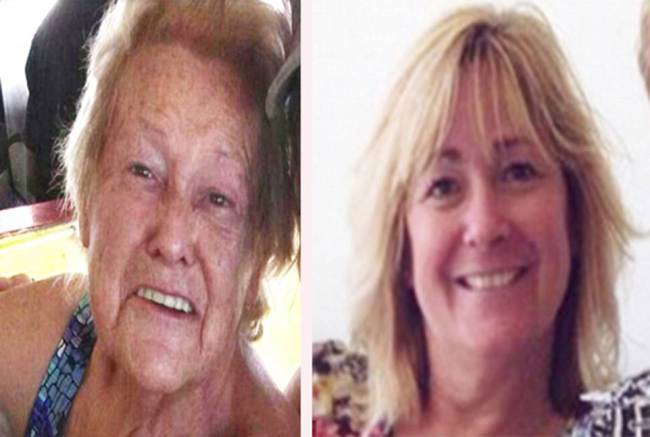 This undated photo shows a view of a beach on the island of St. Maarten in the northeast Caribbean. (AP /St. Martin Tourism Bureau)
[/caption]St. Maarten Funeral Home Sends Wrong Body to US Family

When Margaret Porkka, who while vacationing in the Carribbean suddenly passed away, the Emerald Funeral Home in St. Maarten, which took possession of her body from the local hospital, demanded her family pay thousands of dollars to transport her body back to New Jersey.

But when family members gathered at Porkka's wake to celebrate her life, they were shocked to discover that the woman in the casket wasn't Margaret Porkka but an unknown woman who was tall and dark haired, very unlike the short and blonde Margaret.

Now Kondvar wants some answers and is furious that her family forked over $7,000, only to receive someone else's body.

Porkka, 82, was pronounced dead at St. Maarten Medical Center on November 29, the morning after Thanksgiving, reports CNN. Other than a pacemaker and a right hip replacement, Kondvar said, her mother was in good health and very active.

"It didn't make sense. She was full of life," Kondvar said. "My mother was a picture of health. She ran circles around me."

Adding to the mystery was that when the body was received in the United States, it was dressed in Porkke's clothing and included her death certificate as well as her passport. But a small pouch included in the casket held jewelry that didn't belong to Kondvar's mother, as well as a medic alert bracelet indicating a condition that she never had.

Over the weekend, the government of St. Maarten issued a statement on its website offering an explanation on the mix-up. Lisa Kondvar (right) says her father is ‘very angry and very bitter’ after not being able to properly say goodbye to Margaret Porkka (left), his wife of 60 years (Picture: Lisa Porkka Kondvar/Facebook)[/caption]

Two women, one Canadian and one American, died on November 29 and were taken to the same funeral home, it said. The government honored the families' requests to send the bodies to their respective homes, and the deceased women were flown to the United States on the same airline.

"Upon collection of the deceased the next of kin of both deceased persons claimed that this was not the body of their respective relatives and have lodged a complaint with the local law enforcement authorities. The body that was flown to Canada has since been cremated," the government website said.

DNA analyses "will be carried out in order to verify conclusively the identity of both bodies. As soon as there is more information available it will be made available through the representatives of the respective Governments, the families of the deceased and the respective media outlets," the government statement said.

As if the situation weren't already complicated, there's reason to believe that somehow her mother's body was mistakenly sent to a family in Canada and cremated, Kondvar told CNN.

"If it is mom up in Canada, we want her back. We certainly don't hold anything against this family because they're in grief," she said. "I can't even imagine what they're going through."

Because calls to both the funeral home and hospital have not been answered, Kondvar has requested the assistance of Senator Jack Reed of Rhode Island to get results.

Victim Of Road Rage Called 911: Frantic Calls To 911 For Help