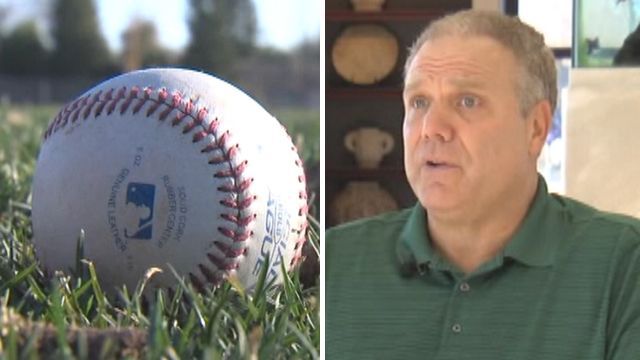 Roseville, California - Alan Beck used to coach Lakeside Little League, but he has been sidelined due to an injury he suffered during a game. Specifically, a 14-year-old boy crossed the finish line with the game winning run and in the exuberance of the moment flung his helmet into the air severing Beck's Achilles tendon as it landed.

Beck told Fox40.com the incident occurred last spring, when the teen threw his helmet up in victory after scoring a winning run, allegedly striking and tearing Beck's Achilles tendon.

“I could not register right at that second, so I turned around and looked and there was a helmet laying on the ground and this young man that hit me was looking at me, stunned,” Beck said.

Now, Beck is looking to recoup the cost of the accident by filing a $500,000 lawsuit against the family boy's family. The lad's father, Joe Paris, says the lawsuit is amiss and expects it to be dismissed from court. Beck thinks otherwise and clarified that he was only seeking $20,000 in damages, but his blood sucking attorney pressed for a higher award.

“I feel like a victim because, basically, I tried to work this out with the parents. The parents never acknowledged my injury,” Beck told the station Wednesday.

The teen's parents, Joe and Raegan Paris, said they were shocked to receive the summons seven months after the incident. They said no one, including Beck, saw their son throw his helmet.

“I almost thought it was a joke at first and shortly there after, I realized that it’s not a joke and we need to take care of it,” the boy’s father said,

Gene Goldsman, an attorney for Beck, told KCRA.com he didn't think the boy intentionally meant to harm the coach, but "this wasn't a part of the game," he said.

"A guy who volunteers his time to coach should not be subjected to someone who throws a helmet in the manner that he did," he said. "What the kid did, it crossed the line."

While it is true that society has become increasing litigious, anyone who's ever had a Achilles tendon severed knows it takes a person off their feet for several weeks to a few months in order to allow the tendon to reattach after corrective surgery. During that time, a person may experience lost wages in additional to the medical costs. Following the recovery comes painful physical rehabilitation. What remains to be seen is if the family can be held responsible or if the Little League will end up being the liable party.

Australian Man Bitten By Snake 45 Mins After Killing It