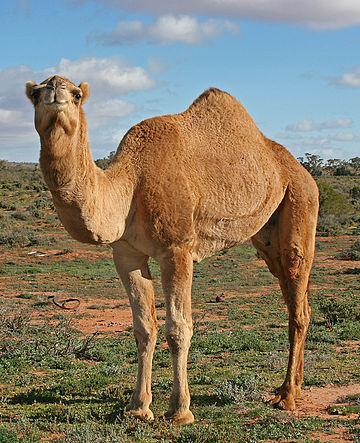 Lacey Township, New Jersey - Just when the biggest sports event of the year, the NFL Super Bowl, is to be played for the first time in the Garden State, the camel known as Princess passes away. While it may seem like an unrelated event, it isn't. Princess, who resided at the Popcorn Park Zoo, had a penchant for picking winners in football games. It actuality, Princess has to be put down as the 26-year-old camel's arthritis prevented her from standing.

The Popcorn Park Zoo was bequeathed the camel in the final testament of her master when he passed away ten years ago. She suffered from chronic arthritis most of her life. Zoo officials say that she was a delightful animal with a wonderful personality and never gave employees cause for alarm.

For the past nine years, she had been picking winners in the NFL season. She wasn't 100% accurate, but then again no one else is either. In her case, she notably picked the Baltimore to overcome San Francisco in Super Bowl XLVII. It's also stated by some that she picked Pittsburgh to best Saint Louis in Super Bowl XLIII. Prior to euthanizing her, zoo staff invited her caregivers over the years to come pay their final respects to her.