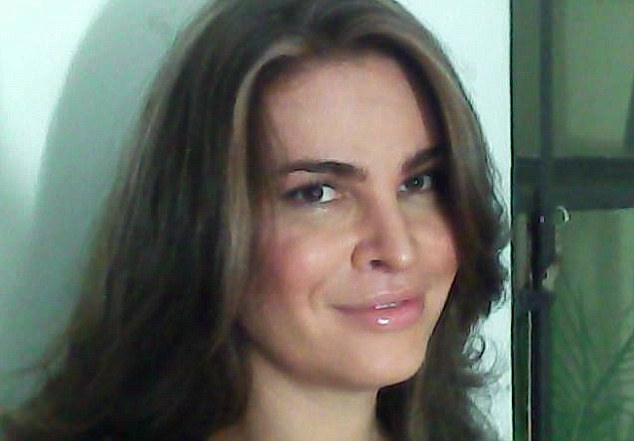 Goiana, Brazil - Mr. Thiago (James) de Costa Teixeira worked as the head of the anti-drug unit in this near coastal city of 75,000 people in Latin America's most populous nation. The divorced father of two took an extended leave of absence from work for the final three months of the year 2013. Now, he will not be returning to work in February following the leave. Rather, she will return as Laura Teixeira, a 33-year-old woman.

It turns out that Teixeira underwent a sex-change operation in Thailand. Thus far, she says that her police associates have embraced her and are ready for her return. Teixeira's story is a model for Brazil at a time that violence against the gay community is on the rise. By some estimates, the crimes against the gay and lesbian community has doubled over the period of 2012 to 2013. 'Very macho': Colleagues spoke of her surprise at Miss Teixeira's decision in light of her previous professional persona [/caption]

However, in Laura's case, she has the support of the Deputy General Delegate for the civil police force who calls her courageous for coming forward with her sexuality. For her part, Teixeira says all the comments to her from fellow officers have been supportive.

However, some officers have warned that despite the public support she has received, Miss Teixeira could be in for a less pleasant reception from her colleagues.

One anonymous source described her as ‘very macho’ with 'all the characteristics of masculinity' you could 'hardly believe that he would turn into a woman.'

Another said: 'As far as I can remember he’s never shown any tendencies towards homosexuality or wanting to change his sex. I think he will have a difficult time settling back into the job dressed as a woman with a female name.'

Another who remembered her time as coordinator of the special narcotics investigative team, said: 'The chief was fearless in times of danger demonstrating his strength and courage as a man when facing killers and drug dealers. I remember he even had a beard at one stage.

'He exuded testosterone. He was not the sort of guy you would expect to become a female,' he added incredulously.

'A number of us knew he was gay, it was an open secret but not something widely discussed especially as he was such a tough cop and someone you didn’t mess with,' said one.

She plans to transfer to a unit dealing with crimes against women. New look: Miss Teixeira posted photographs on Facebook of her new appearance. She will return to work in February [/caption]

Related Topics:Thiago de Costa Teixeira returns as woman
Up Next