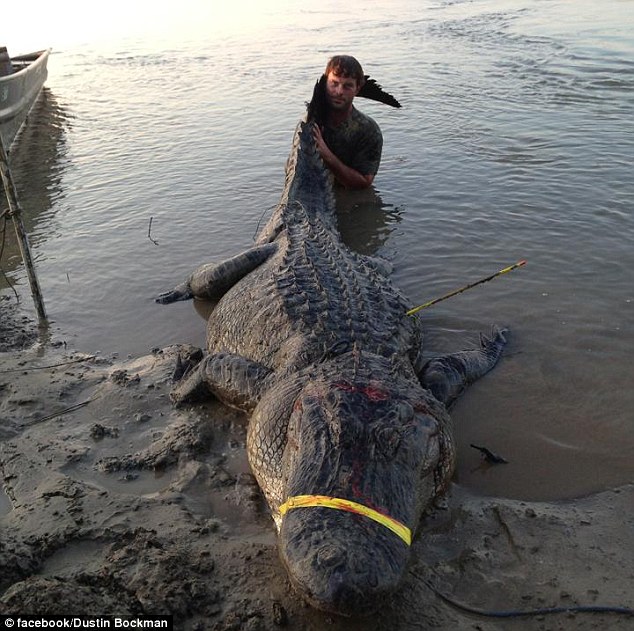 alligator invasion: Couple Sue Exxon Mobile for Loss of Land [/caption]Couple Sue Exxon Mobile for Loss of Land Use Due to Alligator Invasion
Jackson, Mississippi - A married couple are fed up with the number of alligators roaming their 35 acre property which they believe are the result of Exxon Mobil introducing the reptiles to the area. They are suing for what their attorney claims is permanent loss of use of the land.

The couple allege that the oil giant introduced the gators to the area when the company purchased the land adjacent to their property back in 2001 to act as "canaries" or early warning devices if their operations in the land were to introduce toxic elements into the wildlife. Exxon denies introducing the gators to this area. Exxon's land had once been used as a point of discard for refuse from oil refineries. It should be noted that the lawsuit was filed back in 2007, but lawyers from Exxon Mobil successfully got the case dismissed.

However, Tom and Consandra Christmas have refused to be rolled by the multi-national corporation and appealed the ruling dismissing the case and won. Their appeal victory allows the lawsuit to proceed.

In regards to the The alligator invasion lawsuit, Exxon Mobil is also fighting the case on the grounds that the statute of limitations has expired. The attorney for the Christmas family claims that by introducing a protect species to the area, Exxon Mobil has permanently diminished the value of the land.

Related Topics:alligator invasion
Up Next