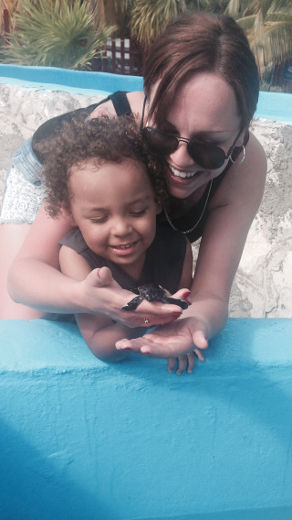 Canadian Woman Held in Cuba Follow Tragic Death of Son
[/caption]Cayo Largo, Cuba - Canadian Justine Davis just wants to return home to Toronto, give the eulogy at her son's funeral, bury him, grieve and start to move on from his tragic death. She and her 3-year-old son Cameron were in Cuba enjoying time together. She had rented a jeep to take him sightseeing and returned the vehicle early. That would have been all there was to the excursion that day, but an employee at the rental company suggested she borrow a scooter and take her son on a joy ride as compensation for the early return of the car.

It should be noted that in Cuba it is legal for children to ride scooters with a driver as long as their wear a protective helmet. However, tragedy struck as she was riding the scooter on the partially paved roads and both she and her son were thrown from the scooter. In her estimation, they were cast a distance of 9 meters (~29.5 feet). In the course of the accident, her son's helmet came off and he died from the impact. However, this tragedy occurred on December 23, 2013. She's being detained in Cuba while authorities decide if she will be formally charged in his death. It's her desire to return home and she has sought the help of the Canadian Embassy.

Toronto immigration lawyer Guidy Mamann said this is “by no means” a typical situation.

“The Canadian government has been criticized for being particularly unhelpful to Canadians in distress,” he said. “The Canadian Embassy should be pounding on the prosecutor’s office and saying, ‘Either charge this woman or let her get to her kid’s funeral.’ You can’t keep her waiting. It’s inhumane.”

For now, her ordeal continues.

On The Web:
Toronto mom trapped in Cuba after tot's tragic death 160
http://www.torontosun.com/2014/02/05/toronto-mom-trapped-in-cuba-after-tots-tragic-death

liquids banned on flights to and from russia: TSA