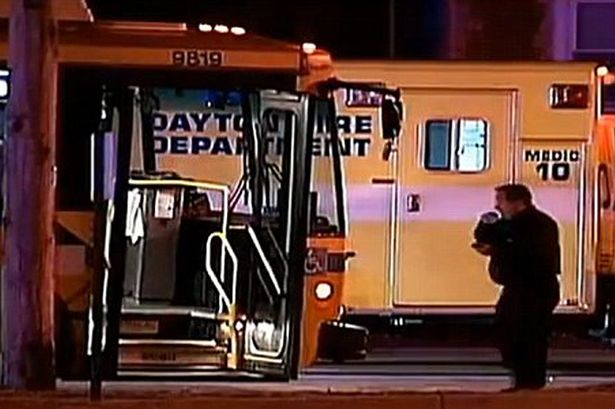 Divine intervention? Rickey Wagoner was saved after a bible in his pocket stopped two bullets going through his chest. Source: Supplied[/caption]

Cincinnati, Ohio - Rickey Wagoner is one lucky man following a gun and knife attack by assailants as he stood beside his Greater Dayton Regional Transit Authority bus in the early morning hours this past Monday.

The gun toting perp shot him thrice with two rounds in the chest and one in the leg. Wagoner managed to wrestle the gun from the attacker at which point the men took to flight as he returned the favor by shooting at them with their own gun.

Despite the leg injury, he got back in the bus and drove it to safety where he then called for assistance. He survived the two rounds to the chest due to the Bible he carries along with him which absorbed the impact.

As per Michael Pauley, a Dayton City Police Sergeant, Wagoner should not be living to tell the tale of what happened: "The two bullets were stopped by the New Testament book in his chest pocket," and added: "There was obviously some kind of intervention involved in this incident, because he probably should not be here."

For his part, Wagoner, age 49, believes he was able to shank of the perps in the leg using his pen. In his 911 call, he told the operator he could feel two bullet holes through his shirt but did not believe the bullets got passed his booklet. The booklet actually contains select biblical verses and is called "The Messenger". Friends and family members were inclined to agree that someone was watching over Wagoner. His friend of 20 years, Lillie Brown, said in an interview, "God is on Rick's side."

2 News said that "it was nothing short of a miracle" that Wagoner survived the attack.

"The Message," which has sold over eight million copies according to Amazon, is described as a version of the New Testament in "contemporary language."

Police have yet to make any arrests. NAVPRESS ‘The Message’ is a version of the New Testament of the Bible written in ‘contemporary language.’[/caption]

Related Topics:Rickey Wagoner Bible
Up Next