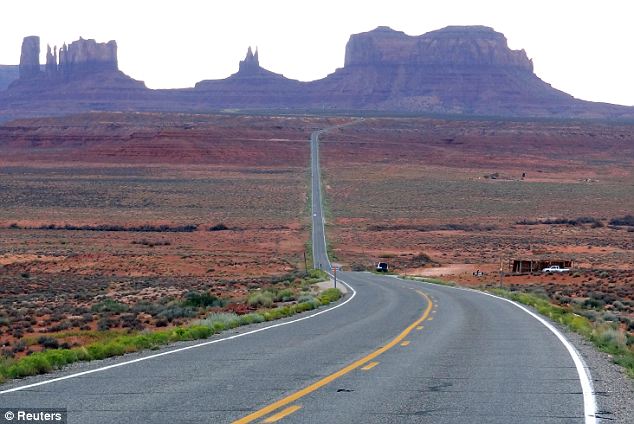 Bryce Canyon, Utah - The Utah Highway Patrol's DUI unit was conducting a special DUI-sting in the area along the border of Arizona at 1:00AM local time this past Saturday when they witnessed a car driving 37 mph, well below the speed limit on I-15. In addition, the vehicle swerved between lanes erratically which prompted the patrol car to flash its blue lights. However, the driver, rather than pulling over, sped up to 75 mph and fluctuated between speeds of 40 to 75 mph.

Before long, multiple patrol cars were involved and lanes in both directions in this strip of I-15 were closed off to deal with the impending threat of the erratic driver believed to be a DUI. Tire spikes were also placed in the road which ultimately were the reason the car pulled over. What emerged was a middle aged Japanese woman who walked about in circles as she rattled off words in Japanese.

Deputies pulled her down to the ground and approached their car with guns drawn pulling her husband out to the ground. They noticed a 7-year-old child crying inside. The found out the family had arrived from Japan earlier in the day and didn't know what to do when the first patrol car flashed the blue lights. They helped the family reach their destination and have no plans to file charges.