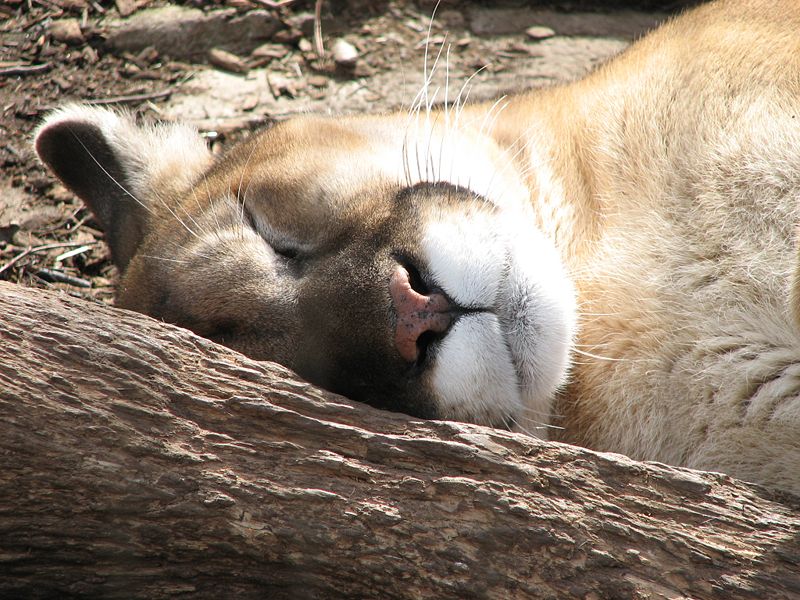 Fearless: Shelby White, 11, is posing with a cougar she shot dead last week on her grandfather's property [/caption]

Official: Girl, 11, shot cougar that was stalking her brother
A four year old female cougar made a fatal mistake on February 20th by stalking the brother of 11 year old Shelby White. The young girl likely saved her 14 year old brother by quickly grabbing a rifle and killing the cougar at their home in Twisp, Washington, said Officer Cal Treser.

"This cougar was very, very skinny," he said.

This particular cougar had already been scared off twice the day before by Shelby's father. The cougar, according to Washington State Fish and Wildlife official Carl Tresser, was about 4 years old and that its weight of only 50 pounds is about one half of normal. This was the third cougar killed on the White's property in recent weeks. My, what big teeth you have! Shelby is showing off the teeth of the predator that was stalking her 13-year-old brother [/caption]

The unusual influx of cougars into the Twisp area has led the Fish and Wildlife agency to issue 5 special cougar hunting tags to help protect local domestic animals and people.

This particular incident occurred as the White children were getting home from school. As her older brother was returning from feeding their dogs the cougar was spotted stalking him from the driveway. Quick thinking Shelby acted instinctively grabbing a rifle and killing the cougar barely 10 feet away. Shelby was one of the five people awarded cougar hunting tags this year. Big game: Cody White, 9, is posing in the snow with his first slain cougar [/caption]

According to chron.com, so far this winter, Fish and Wildlife agents have tracked and killed five cougars for attacking domestic animals in the Twisp-Winthrop area. Five others in the Methow Valley have been killed by hunters.

The department issued five special permits allowing hunters to use dogs to track and kill cougars in response to an unusual number of cougar problems this winter. There may be more cougars than usual or they may be having trouble finding deer, their usual prey, agents said. The North American cougar (Puma concolor couguar), is the cougar subspecies once commonly found in eastern North America and still prevalent in the western half of the continent. As well as several previous subspecies of cougar of the western United States and western Canada,[/caption]

Related Topics:girl 11 shoots cougar
Up Next

Tumor Had Teeth: Tumor in Boys Brain Had Teeth (PHOTO)