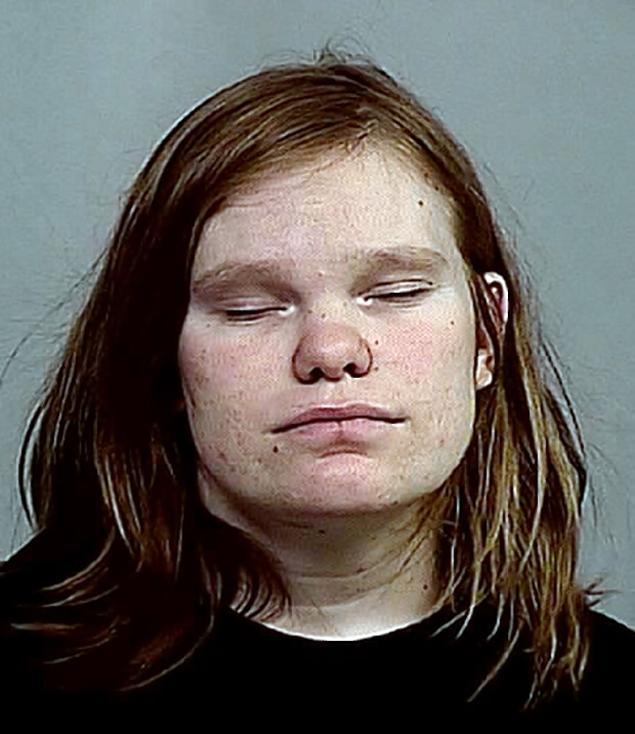 Mother arrested for stabbing teddy: "I wish this was you!"[/caption]Wyoming Woman Arrested for Shanking Teddy Bear

Casper, Wyoming - Large white teddy bears are not a protected species. Nor is PETA up in arms over the slaughter of an innocent plush toy. In fact, Carly Marra's rage filled knife meltdown may not have landed her in county lockup at all had she bridled her tongue when she took out her frustrations on a nearby teddy bear which she began stabbing.

Word to the wise to all women scorned: going mental with a knife is probably not going to make your former lover take you back. Marra and Jordan McAlexander, her ex-boyfriend and baby-daddy, decided to break up yet again. However, this time around they decided to celebrate an evening together one last time with their 16-month-old child before parting ways. Mental check: what sane person does that? The evening appeared to be going fine until McAlexander began texting his new girlfriend.

Apparently, Marra wasn't as comfortable parting ways as she had let on. She became angry and began stabbing the teddy bear at which point she made it clear to her ex-boyfriend that she wished her actions were being performed on him.

According to police, Marra allegedly got upset and shredded the bear, then raised the knife over her head and said, "I'm going to stab you." McAlexander grabbed the knife from her, but not before she bit him in the bicep and punched him in the face and groin with her free hand. McAlexander wrestled free and locked Marra in the bathroom, then dialed 911.

Police found liquid THC and an ounce of marijuana in the apartment. Marra said her father sent it to her from Florida, where she said he uses it to self-medicate, reports the Huff Post.

He called police and she was arrested. Marra was also found in possession of drugs.

Human barbie light and air: Valeria Lukyanova AKA, The Human Barbie, Steps Up The Crazy