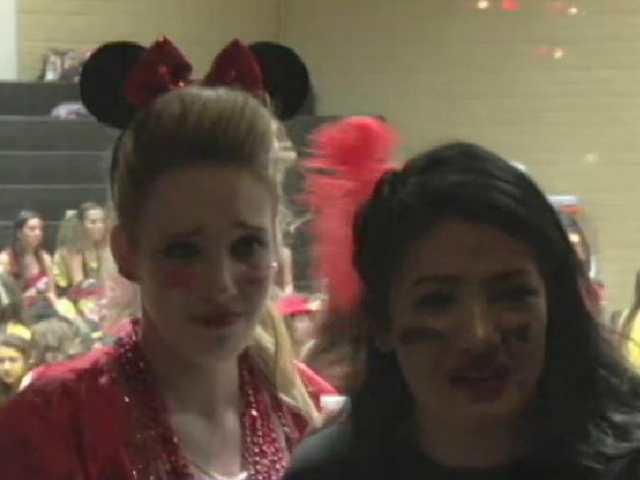 dozens hurt in stage collapse[/caption]School plays and events on stage are a huge part of school life as we grow up - but no one ever expects anything to go wrong. However, on Sunday night at a Southern California all-boys Catholic high school, the stage collapsed.

While the reason that the stage collapsed is still under investigation, it is probably at least partly due to the stress that the 250 students from a nearby all-girls sister school were exerting on it. The girls were putting on an annual performance of a musical theater challenge called "Red and Gold".

The stage itself is rather old, and in the 1980s, it was added on to. This add-on was where the collapse occurred, and some inspectors are already saying that the permit the school has for the stage will need to be looked at - and a decision will need to be made whether the stage should have some sort of limit to the number of people or the amount of weight that can be on it at once.

No matter what the outcome of the investigation, the school considers itself fortunate that there were not more injuries, and is praying for those who were injured.

Anaheim, California - The stage at the Catholic boy’s school called Servite High School gave way during a performance Sunday leaving 25 people injured. Most of the victims suffered bruises and scrapes, but the more severe injuries involved broken bones. Police are not sure what happened to cause the wooden stage to collapse from under the feet of the performers. 250 girls from nearby Catholic girls school Rosary High School were performing a song & dance number on stage when the floor buckled sending the young ladies on a five foot drop.

The students had performed five prior shows up to Sunday night's performance and all had gone well. One student on hand by the name of Sabrina Lee recalled the gaiety in the air as the performance was going just as well as it had during prior shows when, in an instant, the girls in front of her vanished. For her part, Lee didn't stand around asking questions, she bolted off stage. Stephanie Stevenson, another witness to the accident, expressed the horror that everyone experienced as the stage collapsed sending people jumping in every direction.

According to Anaheim police Lt. Tim Schmidt, the likely answer is that there were too many people on the stage at one time and the sheer weight proved too much for the stage. Within a fortnight investigators expect to conclude their investigation as to what went wrong. They'll be verifying if the stage was properly maintained and if the maximum capacity for the number of people and weight restriction was adhered to.

Transgender sues Crossfit for refusing to let her compete