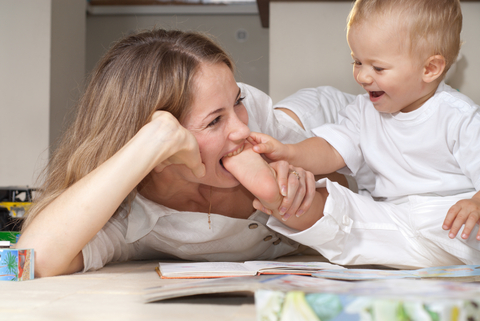 Everyone who has thrown a special event such as a wedding, anniversary, or baby shower knows what it is like to have key people fail to attend or deliver gifts that are of no use. Sometimes the event organizers establish a gift registry to aid well-wishers in the selection of desired items. That said, the parents of one child seem to have turned their displeasure into nothing short of a naked shake down of both types of invited guests by wrapping up their greedy petitions inside of what they believed were poetic prose.

According to the website mommyish.com, a site devoted to parenting, two poems were displayed that parents of a child sent to various invited guests. If the guest was a "no show", their poem expressed sorrow at their lack of attendance. It stated that festivities were grand with plenty of food and drink for all. It clearly stated that quite a bit of money was donated, but not a single loo from the person which failed to show.

We’re sorry you missed the shower!

There was fun and games to be had

The food and drinks not too bad

The loot was a plenty

But we looked high and low and found none from you

Not even a shiny penny!

Of this fact we all know

So we’ve included some shops below!

If none are to your liking, and that we understand

Then grab a pen and get to writing

For checks are to our liking!

The poem is followed by a list of shops where the person can purchase a tardy gift. They are also told that they may elect to mail in a personal check instead.

If that wasn't greedy enough, add a tinge in ingratitude. If the parents found the gift was not to their liking, they sent a similarly worded e-mail that they picked through the gifts over a period of hours and noticed that the person's gift was not one of those listed in the gift registry. They provide the person the list anew and asked they contribute a good gift or mail in cash.