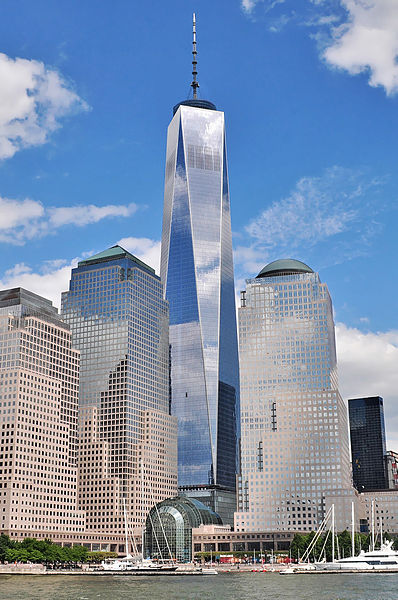 One World Trade Center (also 1 World Trade Center or 1 WTC, dubbed the Freedom Tower during initial basework) is the primary building of the new World Trade Center complex in Lower Manhattan, New York City, and the tallest skyscraper in the Western Hemisphere. [/caption]This morning a 16 year old boy was arrested and charged with misdemeanor criminal trespass for taking pictures from the roof of the World Trade Center, says Joe Pentangelo, who spoke for New York and New Jersey Port Authority, which currently own the site where the world trade buildings are being built.

According to an article on The Guardian news network, the teens cellphone and camera were seized when police obtained a search warrant for his property.

In his press release, Pentangelo also said that he the boy snuck past security guards by crawling through a 1 foot hole in the fence. The teen then preceded to climb scaffolding until he reached the top where he snapped a few pictures.

USA today reports from official sources that the boy was able to elude guards all the way up to the 104th floor. Nobody seems to be quite sure how he evaded security for so long, but the 104th floor guard has since been laid off.

Authorities still have the teens motives in question as well, he allegedly stayed on top of the building for 2 hours to snap photos. In his statement to USA today, Joe Dunne, chief security officer of the Port Authority said they are going to continue to take security breaches like this seriously.

According to court papers, the teen was released without bail after being arraigned shortly after midnight Monday on one count of criminal trespass in the third degree and one count of trespass.

The complaint said he was observed inside the tower beyond numerous posted signs that stated: "Do not enter. No trespassing. Violators will be prosecuted."

"The defendant knowingly entered and remained unlawfully in a building and upon real property which was fenced and otherwise enclosed in a manner designed to exclude intruders," the court papers said.

Some officials are worried that the teen may have went into different parts of the World Trade Center constituting a security breach since the building isn't slated to be opened until later this year.

The amount of security going into these buildings is too much for most in the neighborhood saying they are making fortress like conditions. The new buildings are proposed to have over $40 million worth of security systems. These systems will include checkpoints, barrier systems, guard kiosks, and personnel/equipment to check vehicles.

The tower is scheduled to open later this year.

Teenager arrested for sneaking on to top of One World Trade Center
http://www.theguardian.com/world/2014/mar/20/one-world-trade-center-teenager-arrested

Teenager Sneaks Past Security Up To WTC Spire To Take Photos
http://www.huffingtonpost.com/2014/03/20/justin-casquejo_n_4999223.html