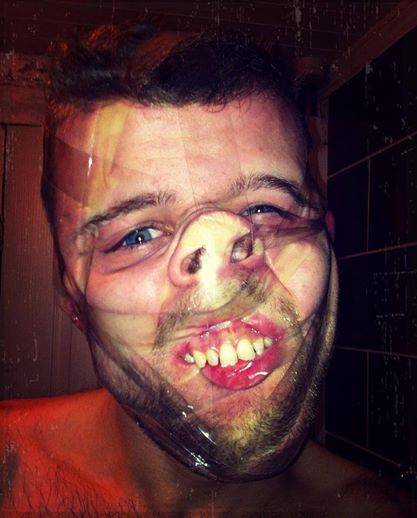 Got sellotape? Well, the term "sellotape" is one which is clearly understood in Britain, Australia, Ireland, New Zealand, Spain, Zimbabwe, Croatia, Japan, Israel, Greece, and several other countries. In Canada and the United States, it would most likely be called Scotch tape. The term refers to cellulose-based transparent tape.

As it turns out, sellotape is now part of the latest internet meme called "sellofies". In this eclectic type of selfie, the person has their head and face wrapped in sellotape which distorts their appearance by twisting their noses, and mangling their lips & cheeks. Photographs look somewhat pervy as they have the appearance that scofflaws get by pulling a pantyhose over their face in order to distort the ability of witnesses to identify them. It is rumored that the inspiration for this latest meme, which has now involved thousands of people, came from Canadian actor Jim Carrey's 2008 smash hit film "Yes Man" which grossed $226 million at the box office on a budget of $70 million. While it is absolutely fair game for critics of these internet meme to insinuate the participants have nothing better to do, it is all in good fun. No one gets hurt. It beats smoking pot by a mile. The internet rolls out its latest craze the 'sellotape selfie'
http://www.dailymail.co.uk/tvshowbiz/article-2585682/Sellotape-selfies-Karl-Stefanovic-Richard-Wilkins-latest-sellofie-craze-taping-Dickies-face.html

The internet rolls out its latest craze the 'sellotape selfie'
http://www.news.com.au/technology/online/the-internet-rolls-out-its-latest-craze-the-sellotape-selfie-or-sellofie/story-fnjwnhzf-1226861461684

The men with the abs save the day