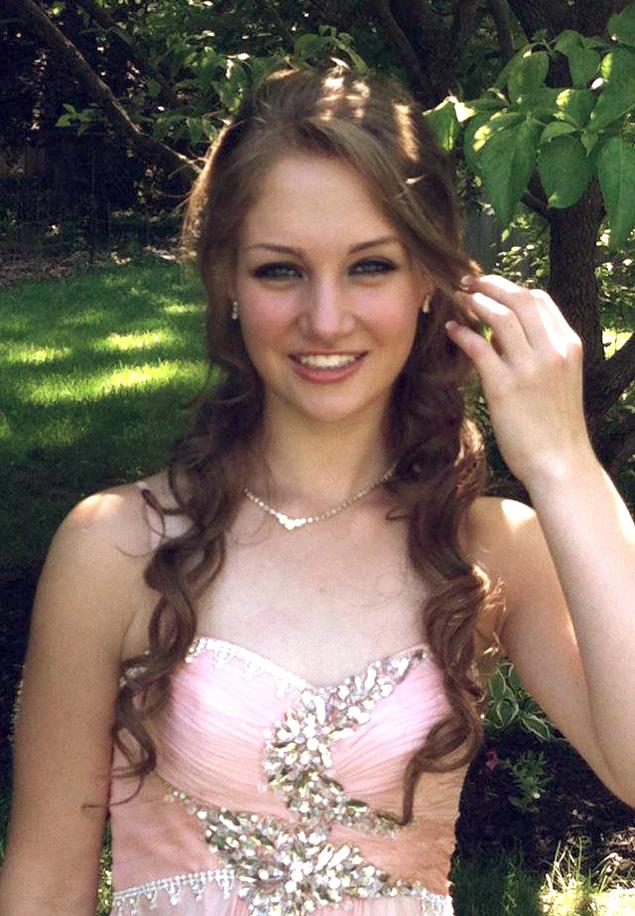 Entitled Teen Who Sought Child Support from Parents Gets Scholarship

Rachel Canning, the teenager who set about to redefine the meaning of the word entitlement, had recently dropped her lawsuit against her parents. She was suing them for child support so that she could have her own apartment, living expenses, and college tuition paid for without any annoying interference from them. What made the lawsuit disconcerting was that a judge allowed the suit to proceed forward which would have opened the door to other similar lawsuits regardless of the outcome of her particular case.

In the end, her parents allowed her to live in the same residence as her friend Jaime Inglesino and his family. Now, the brash young lady is boasting that a university located in Springfield, Massachusetts called Western New England University has granted her a one year scholarship in the amount of $56,000. Tuition at the school runs an astounding $46,000 per year (remember this is for a bachelor's degree not medical or law school). This means that after her tuition is paid, she'll have $10,000 to use towards her other needs such as books and living expenses.

It is unclear what Ms. Canning will do for the remaining three years of tuition she'll need which will amount to $138,000 plus books and living expenses. One thing is for certain and that is she will not look towards herself for the answer. She'll first hit up her parents which means she better start making amends.

If she chooses to go the student loan route, she will discover what many college graduates are learning painfully and that is loan repayment is something that is best described by a word that rhymes with "stitch". While it is true that having a bachelor’s degree will likely double her lifetime earnings from roughly $1.2 million to well over $2 million, the benefit of it will be defeated by the student loan repayment of what is essentially a home mortgage-sized loan.

Check out the original story below

A New Jersey student who says her parents abandoned her when she turned 18 lost a first round on Tuesday in the lawsuit she filed against them for school costs and living expenses, a case that could set a precedent for a family's obligation to support a child who has left home.

A family court judge denied a request by Rachel Canning of Lincoln Park, New Jersey, to have her parents temporarily resume paying her tuition and living expenses. He set another hearing date for next month. Rachel Canning (left) and her father Sean in happier times. The duo proudly display their medals from completing a local race. [/caption]

Canning, 18, wants her parents to pay the remaining $5,000 in tuition owed to the Morris Catholic High School, where she is a senior, and she wants access to a college fund that was set up for her.

The cheerleader and lacrosse player claims her parents kicked her out of the house in November 2013 after she turned 18, the age of legal adulthood. She wound up living with a friend's family, she said, and the upheaval has jeopardized her educational future.

Judge Peter Bogaard rejected her request for a temporary payout of about $600 a month in support as well as tuition for her private high school, which has waived fees while the case is settled.

In court, the teen said her parents remain obligated to help her with food, transportation, high school tuition and her college education.

She filed the lawsuit last week claiming that she is still dependent on them for support because she is still in school and not yet legally emancipated under state law.

"They left her high and dry because they didn't want to pay," attorney Tanya Helfand told the court. "Now at the age of 18 is not the point to do this."

Her parents, Sean and Elizabeth Canning, said their daughter left home voluntarily, telling the court that she had severe behavioral problems, including underage drinking, and had been suspended from school.

In court papers, they said she did not want to follow the rules of the house that included doing chores and a curfew.

In New Jersey, emancipation is not contingent on becoming a legal adult at age 18 but instead requires a young person to obtain "an independent status on his or her own" - such as graduation from college, obtainment of employment or marriage.

Family law experts in New Jersey say Canning's case might set legal parameters on whether non-divorced parents in the state are obligated to pay for their children's college education and provide other financial support after the child has left home.

New Jersey is one of several states that require divorced parents to pay for their children's education through college, or legal emancipation, said William Laufer, a family law expert in New Jersey. So far, there is no parallel decision for intact families.

"This case is certainly unique," Laufer said. "The question is, a kid at the age of 18 says he or she is moving out of the house - do parents have a legal obligation to support their kids until emancipation?"

An attorney for Canning's parents said in court that she was welcome to return home and under the financial care of her parents, should she abide by house rules.

Sean Canning, a former police chief in Lincoln Park, told local television station WCBS-TV on Monday he was "dumbfounded" that he was being sued by one of his three daughters.

He called Rachel "rebellious" and said her college fund was not in jeopardy.

"We have a college that's available to her - there's no doubt about that. But it's the equivalent ... of going shopping at a high-end store and sending somebody the bill," he told the station.