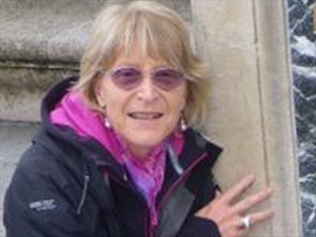 Police have found remains believed to belong to a woman killed by a shark off the NSW south coast. Source: AAP
[/caption]Widower Spots Shark that Attacked His Wife of 44 Years

Tathra, Australia - It was Wednesday when 63-year-old Rob Armstrong and his wife Christie joined their regular swimming group for their usual swim off Tathra Beach.

However, that morning proved to be their last after a shark attacked his wife. Authorities were able to recover her goggles from the shore of the beach. They contained fragments of Mrs. Armstrong. Well, it's not been forensically determined to be the remains of Mrs. Armstrong, but tests are being conducted.

The couple had been swimming these waters daily for fourteen years. They had been married for 44 years.

Their swim started at Tathra Beach and would run 600 meters (~2,000 ft.) until they reached the wharf. On this particular morning, Mrs. Armstrong had only made it one third of the way when she expressed to the group that she was under the weather and would take a detour back to the beach and call it a day.

As Mr. Armstrong continued with the group, he spotted a great white shark measuring 4 meters (~13 feet) in length. It was stalking the swimmers so they formed a protective circle about themselves. Little did he know it might likely be the shark that eventually claim the life of his wife. Just a bit past 8:00AM, police received phone calls that a female swimmer was attacked by a great white shark.

"We thought everything was safe and we just hugged each other (on the beach) and then we found that Chris wasn't in the change rooms," Rob Armstrong said.

"We immediately got in the IRB (inflatable rescue boat), went out and very shortly we found evidence that Chris was no more.

An eye witness says he spotted the attack from a distance that prevented him from being able to provide any help. Authorities are still searching for the body of Mrs. Armstrong.

He wanted to assure friends she died doing something that she loved and he "is certain Chris would not have known what had hit her".

"The shark was such a size and it's consumed her basically completely - she wouldn't have even known it happened."

Related Topics:Rob Armstrong spotted shark that took wife
Up Next