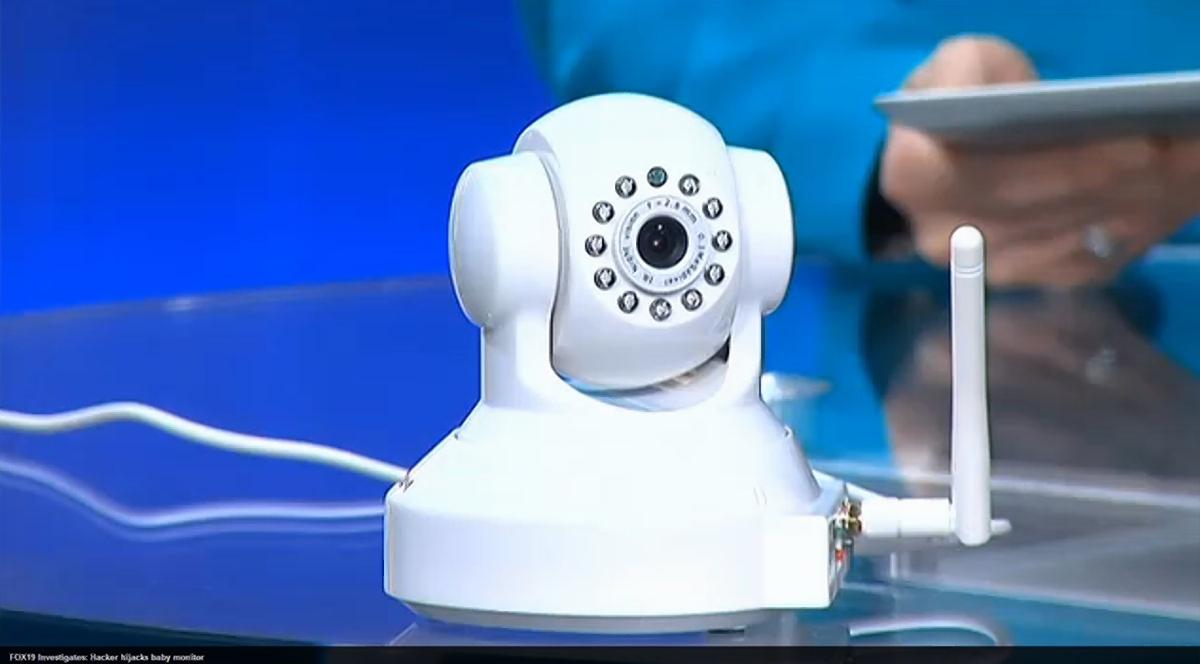 FOX19
The Foscam camera that was being controlled by the hacker.
[/caption]Baby Monitor Hacker Screams At Ohio Couple's Infant

Cincinnati residents Adam and Heather Shreck thought they were doing the responsible thing when they invested in a Foscam baby-monitoring camera in order to keep an eye on their 10-month old infant daughter whenever they were not physically in her room. But they soon found that the device was less than secure when a hacker managed to gain control of the unit, scaring the wits out of the family.

The trouble began when the Schrecks thought they heard a strange male voice coming out of their daughter's bedroom in the middle of the night, screaming "baby wake up." When they went to investigate, they were shocked to discover that an unidentified hacker had been able to take control of the baby video monitor in order to yell at their child and scream curse words at them when they entered her room, all the while turning the camera in their direction.

Mom Heather said she first checked to see if the voice was coming from her cellphone. She says she and her husband felt both shocked and terrified when they realized that their privacy and security could so easily be compromised by a complete stranger taking over control of the baby monitor they had purchased in order to feel better protected. Not only were the hacker's screams and yelling extremely upsetting, Heather says she was very upset to see that the hacker also was able to control the movement of the camera monitor. Security experts say although most hackers focus on gaining control of computer webcams, devices such as baby monitors that are connected to the Internet are also susceptible to being hacked. The Schreck family says that they were not aware of a security bulletin about the possibility of being hacked that was put out by the camera's manufacturer.

What Should Be Done About Rotting Whales In Newfoundland?