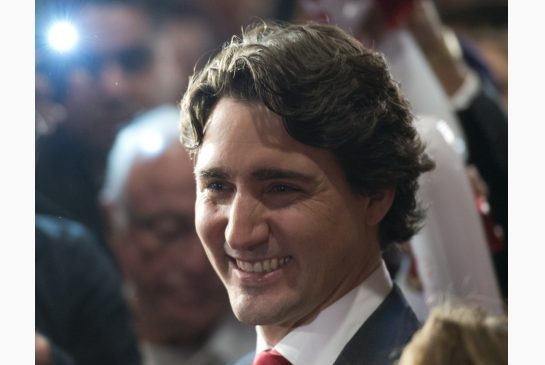 Does Santa Claus have a specific nationality? Canadian liberal leader Justin Trudeau seems to think so, claiming that since the North Pole is located within Canadian territory, the jolly old man with the fat belly is therefore Canadian. During a televised news interview on the Canadian Broadcast Network, Trudeau calmly asserted that "everyone knows that Santa Claus is Canadian", but said he is anxious for cartographers to officially proclaim that the North Pole, the year-round headquarters for the beloved gift giver and his workshop of busy elves, is officially considered part of the Canadian nation.

"I would certainly like to think so, because everyone knows that Santa Claus is Canadian. But the real issue is what do the cartographers say? What do the experts in science [say]?" Trudeau said in an interview with Evan Solomon, host of CBC News Network's Power & Politics.

"This is a UN mapping process that's been going on for 10 years ... scientists need to demonstrate that we have a legitimate claim on the North Pole. Of course I want us to declare as much as we possibly can," Trudeau said.

"We need to base our decisions on science, not chest thumping."

Apart from his tongue in check comments about Santa Claus' citizenship, Trudeau was also outspoken on a number of other pressing issues of the day. He called Russia's anti-gay legislation "hateful" and "unacceptable", is working for the middle class to receive their first pay raise in three decades thanks to a budget surplus by 2015, his opposition to income splitting, that corporate taxes don't need any further trimming, and his views about taxing carbon as a way to further eliminate greenhouse gases. Trudeau has recently been criticized for his statements praising China, but he explained that he was simply expressing his admiration for what that country has achieved.