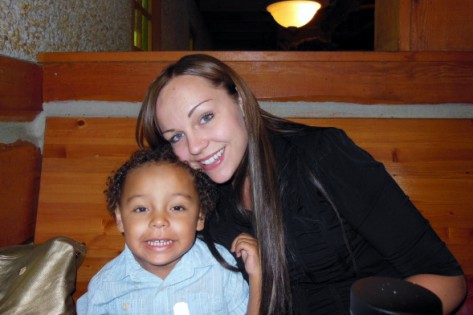 St. Chad's Anglican Church in Toronto was standing room only on Saturday, Feb. 8 as more than 300 mourners attended a wake for a three-year-old boy killed in December in a Cuban scooter crash. The overflow crowd bade farewell to the tiny white and gold casket that was last resting spot for Cameron Davis, a youngster known for his love of cartoons. Balloons dedicated to Spidey and Mickey Mouse floated above the casket. Cameron's dad eulogized the boy by reading a letter from 11-year-old Esabia, Cameron's half sister.

Justine Davis, Cameron's mother, attended the service and sat in the front pew. The Cuban government had refused to allow her exit from the country following the accident saying the incident remained under investigation. It took her representatives six weeks to convince the Cuban government to reverse that decision.

The tragedy occurred on Dec. 23 when a scooter Davis rented for sightseeing collided with a truck. Davis and her son were wearing helmets. However, Cameron's came off his head when he was thrown from the scooter and he sustained life-ending injuries at the scene.

“It seemed fine, we were on pretty much a deserted island…it’s a really small island, it wasn’t a busy city street,” she said.

She’s since had “five or six surgeries” and has an open wound on her leg that has become infected.

“I had compound fractures, multiple contusions,” she told CityNews.ca.

A friend of Davis said the Cuban government had cleared her of any criminal responsibility in the accident.

On The Web:
Funeral for boy killed in Cuban scooter collision
http://www.torontosun.com/2014/02/08/funeral-for-boy-killed-in-caban-scooter-collision

Related Topics:Funeral for boy killed in Cuban scooter collision
Up Next