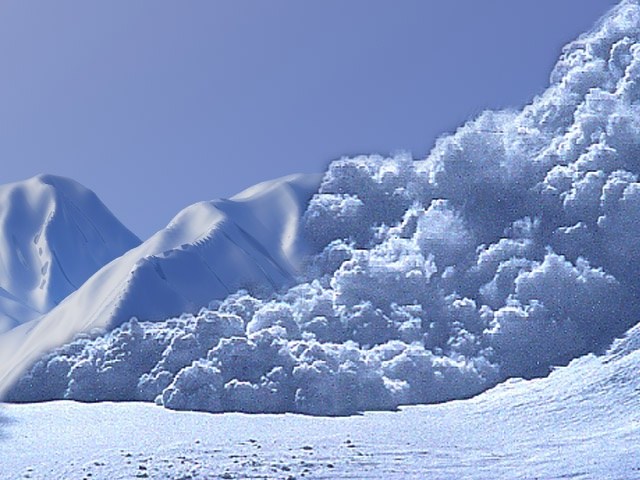 Twin Lakes, Colorado - Authorities have recovered the bodies of two skiers caught in an avalanche this past Saturday along the ski slopes 8 miles west of this remote North Central Colorado town. Both victims were male and had been with a group of 7 skiers who were trapped by the avalanche.

According to police reports, the incident occurred at about 5:00PM in the afternoon and authorities believe the skiers likely triggered the deadly snow slide. Three of the surviving skiers had to be taken to Leadville hospital for injuries that included a collapsed lung, broken rib, ankle, and leg. The remaining two skiers were able to walk away from the experience unharmed.

"We are seeing very dangerous avalanche conditions developing from basically the New Mexico border north to Wyoming," according to the Lake County Office of Emergency Management."And the problem list is about as complicated as it can get. We are seeing very large avalanches taking out very old trees, mine buildings that have been around for many decades, and avalanches burying roadways with 20 feet of debris.

"People have been getting caught and killed in avalanches recently. These are glaring, flashing and obvious clues that things are not all good across our backcountry. We are seeing a snowpack that is teetering on the brink of critical mass."

The two deceased men were officially declared missing by nightfall when rescue operations ceased. By morning, authorities resumed the search in slopes close to where the survivors had been. Once located, their bodies were placed on sleds and carefully taken down the mountain side. It is believed that the avalanche which killed them was a large one. Police say it extended as far at the tree line at Independence Pass, but stopped short of the road. The location is very popular this time of year for winter activities.

Facebook Taunt “Catch Me If You Can” motorcyclist caught