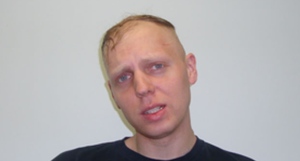 Edmonton, Alberta - Police have taken 29-year-old Jayme Pasieka into custody after he went into a knife wielding killing rampage at the Loblaw Grocery warehouse located at 16104 121A Ave. The warehouse supplies the groceries for this region's Loblaw grocery stores. In all, there were six victims two of which died from their wounds. Police believe all six victims worked for Loblaw Groceries. Two of the survivors are in critical condition with one of them said to be in very serious condition.

Police were tipped off about Pasieka's whereabouts by a vigilant citizen who spotted him inside a car. At the time of his arrest, Pasieka surrendered peacefully. The warehouse is quite large with the square footage being the size of two football fields. There were as many as 100 employees inside the building at the time of the killing rampage. Employees were not allowed to leave the building for some time after the attack. It is standard policy to capture details from as many witnesses as possible while their recollections are vivid. It was obvious from the looks on people's countenances that people were traumatized by the event. One employee had encountered Pasieka who asked him if he wanted to be stabbed with a knife. The employee could say no more before excusing himself from reporters as he held back tears.

One witness said Pasieka wore body armor and wielded two knives. While his motive for going on this killing spree isn't known, his preparations indicate premeditation. He had been previously sentenced to 15 months of probation back in 2009 for threatening to harm a neighbor with a bow and arrow. At the time of the bow and arrow incident, Loblaw believed his actions were in honor of the Queen of England. He is said to have suffered an injury to his head years earlier.

Related Topics:Edmonton warehouse stabbing
Up Next

Mass Scallop Deaths in BC blamed on global warning