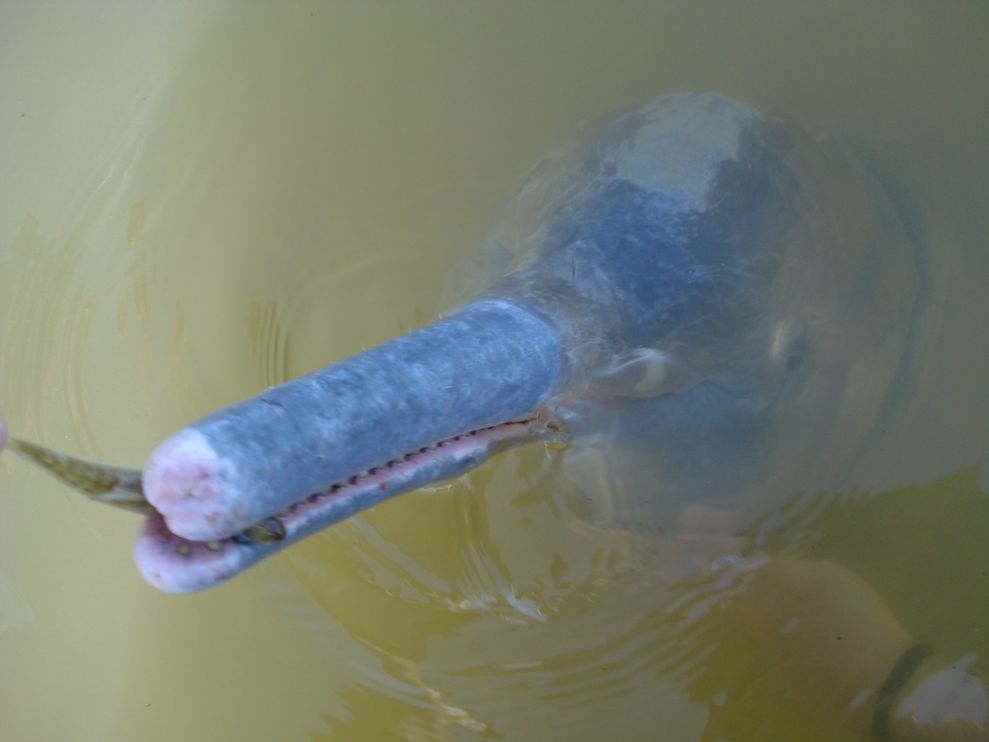 The discovery of the Inia araguaiaensis was officially announced earlier this week in a study posted online by the Plos One scientific journal.

The study's lead author, biologist Tomas Hrbek, of the Federal University of Amazonas in the city of Manaus, said the new species is the third ever found in the Amazon region.

"It was an unexpected discovery that shows just how incipient our knowledge is of the region's biodiversity," Hrbek said by telephone.

"River dolphins are among the rarest and most endangered of all vertebrates, so discovering a new species is something that is very rare and exciting." He said: "people always saw them in the river but no one ever took a close up look at them."

Like all river dolphins, this new species is extremely rare. Of the four known river dolphin species, three of them are threatened with extinction.

The next step in having this new species fully certified belongs to the Society of Marine Mammology. They will look at all the data collected and make an official ruling shortly.