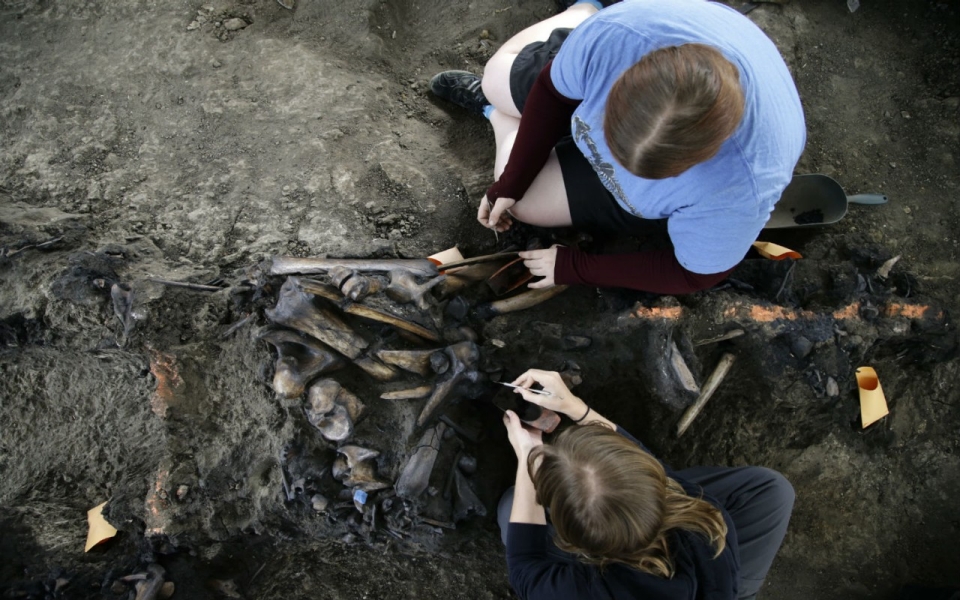 Exploratory excavation in preparation for starting construction on Los Angeles' new subway extension on the city's Westside has uncovered an assortment of fossils dating back to the Ice Age. The digging was being conducted about 70 feet below the surface of the Wilshire Boulevard location of the city's famous La Brea Tar Pits. The excavation project was being conducted in order to test soil samples prior to the start of subway construction and city leaders had anticipated that there might be some paleontological finds in the region due to its close proximity to the famed Tar Pits, where the remains of ancient bears, wolves and sabre-tooth tigers have already been discovered.

Scientists call the stretch of Wilshire Boulevard where the excavation is taking place an "ice age shoreline" that demonstrates what sort of life existed in Southern California during the last Ice Age. So far, paleontologists have carefully uncovered a variety of marine life fossils, including giant mollusks, Monterey cypress cones, sand dollars and assorted specimens of ancient driftwood. One of the scientists at the site of the dig reports that one of the most valuable discoveries found so far is a rock-embedded sea lion fossil estimated to be as much as two million years old, along with a sizeable digger palm tree limb. The shaft where the current fossil discoveries are being unearthed is almost 20 by 40 feet in size and shows evidence that weather in the region was much colder and wetter thousands of years ago.

Related Topics:fossils discovered in Los Angeles
Up Next