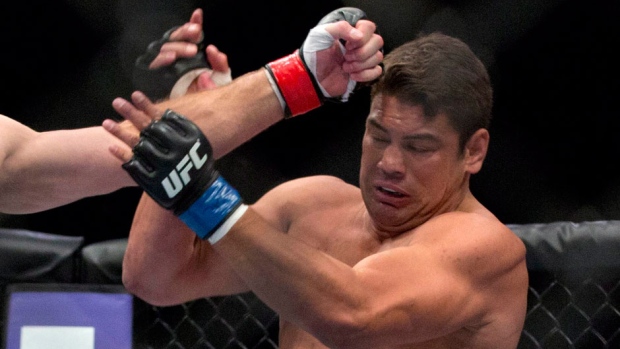 Doctors at Hoag Hospital in Newport Beach, CA are keeping a close watch over UFC fighter Shane del Rosario, who has been in intensive care at the medical facility since suffering a massive heart attack at his home in the beachside community earlier this week. Del Rosario's manager issued a statement that said that the fighter was in full cardiac arrest by the time an emergency response team had transported him to the hospital on Tuesday. Emergency medical personnel worked on del Rosario and managed to restart his heart and get his blood pressure, breathing and other systems stabilized before admitting him to the ICU.

"Shane del Rosario had a catastrophic cardiovascular collapse at home on Tuesday morning," said del Rosario's manager Jason House. "He was brought to the hospital in full cardiac arrest. He was resuscitated in the emergency room back to a stable heart rhythm and blood pressure. He is currently in the coronary care unit critically ill. Our prayers are with him and his family."

Del Rosario was a Strikeforce transfer to the UFC. The 30-year old heavyweight was scheduled for a match with Guto Inocente in late December before having to cancel due to an unexpected rib injury. He has not yet enjoyed a victory since coming to UFC after participating in two fights. There has been no update from Hoag Hospital officials as to the fighter's prognosis or chances for survival. It is also not known if he was alone at home at the time of the attack or if he showed any previous signs of heart problems.

Related Topics:Shane Del Rosario
Up Next