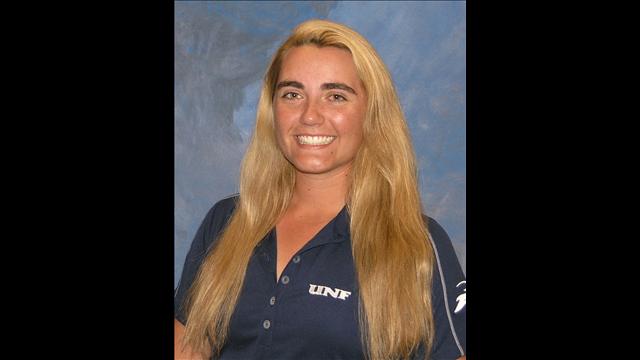 Jacksonville, FL - The Cessna 310 carrying up and coming college golfer Tess Huber, age 20, crashed yesterday killing all three occupants in the plane. The pilot was her 60-year-old father, Michael, and her 17-year-old kid sister Abigail. Aviation authorities are investigating the cause of the crash, but believe it was caused by poor visibility.

The plane was attempting to land Jacksonville Executive at Craig Airport, but had to circle the runway due to visibility issues. It is believed that visibility was limited to three miles. During the time the plane was circling around, it lost contact with the control tower and reports of a plane crash began coming in moments later. The point of impact was a retention pond in a local subdivision. Authorities believe that had the plane crashed anywhere else there would have been more fatalities involved.

Tess Huber loved the golf course, and for the first time her team is playing without her. UNF women's golf coach JoAnne Steele said the team wanted to play Monday's tournament in Tess' honor.

"It's an incredible loss for the family, for the Ospreys family, and I say family," said Steele. "I mean Tess was a sister to her teammates. I look at her, she was a daughter to me."

Tess Huber was the leading scorer for the North Florida Ospreys golf team last year. Her performance towards the end of the 2012 season earned her the Atlantic Sun Player of the Week honors and marked the first time a team member had been bestowed that distinction. Her sister was an equally avid golfer and was given plenty of encouragement by her big sister.

According to Tess Huber's bio on UNF athletics website she:

Played in all four events for UNF finishing with a team-leading 75.27 average.
Collected three Top 20 finishes including a career best 3rd-place showing at the Courtyard Classic.
Tallied a 2-1-0 record in Hughes Cup Match against Jacksonville
Fired first collegiate career round under-par with a 71 in opening round of Courtyard Classic
Played six varsity golf seasons at Lincoln Park Academy
Competed in qualifying tournaments for the US Amateur, US Open, US Public Links and US Girls Junior