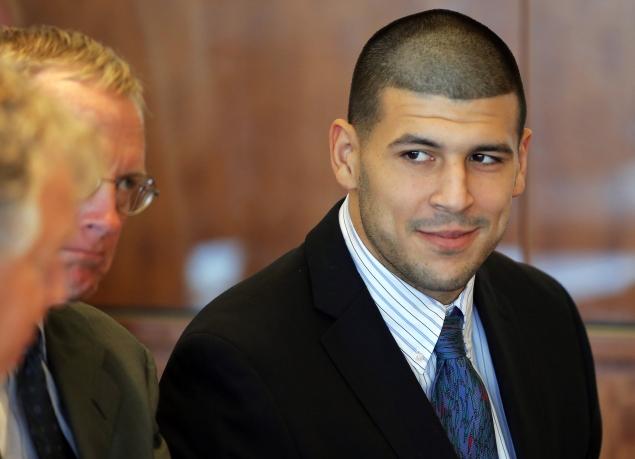 A 27 year old woman who reputedly has ties to disgraced former professional football player Aaron Hernandez died Monday in Connecticut. Aaron Hernandez, who played for the New England Patriots was arrested for the murder of a friend, Odin Lloyd. Many other individuals have also been connected with and charged in the case, from Massachusetts to Florida. The woman, Tabitha Perry, was found clinging to life and unconscious in a residence in Southington, Connecticut. According to investigators they are not suspecting foul play in the death at this time and are awaiting the results of a toxicology test, which could take two to four weeks.

Since the Aaron Hernandez case broke open a number of other individuals who had ties to Hernandez have been killed or found dead. Hernandez's uncle, Robert Valentine died in a car accident in August of 2013. Tabitha Perry had also been with a man named Thaddeus Singleton III during a car accident in June that killed him but left Perry injured. Thaddeus Singleton III is said to have introduced the men who killed Odin Lloyd to Hernandez and was also said to have some insider knowledge of the case. He was expected to testify in the trial before his death.

On The Web:
Conn. woman with ties to Aaron Hernandez dies
http://msn.foxsports.com/nfl/story/aaron-hernandez-conn-woman-with-ties-to-ex-patriot-dies-121813