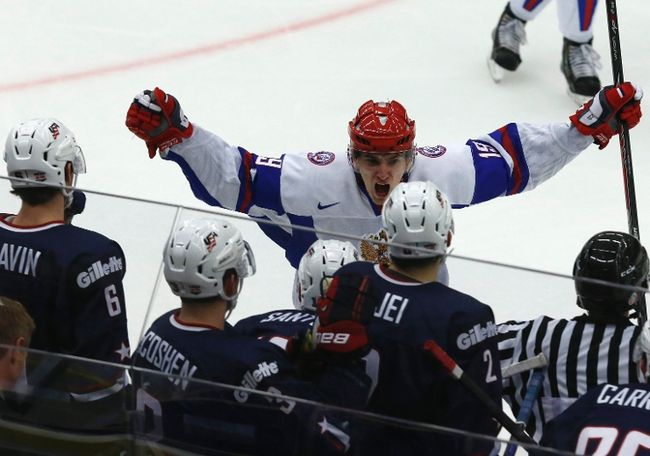 The sport of ice hockey took a black eye following the recent World Juniors Game that pitted the Russians against the Americans. When the Russian team won the match, there was little goodwill or good sportsmanship to be found. Russian team members chose to taunt their Team USA opposition with shouts and obscene gestures following their World Junior Championship victory rather than congratulating them for a game well played. The American team had been the reigning champions going into the quarterfinals, where the Russians managed to pull off a 5-3 upset.

After Russian teammate Pavel Buchnevich managed to score an open-net goal, he hurled taunts at the USA Team sitting on the bench before Ryan Hartman, a 2013 Chicago Blackhawks draftee, managed to shove his stick into the Russian's face in order to shut him up. Then the insults managed to reach even lower lows when a member of the Russian team's staff began gesturing toward the USA bench. Fans of both teams are hopeful that this type of poor sportsmanship doesn't rear its ugly head at the upcoming 2014 Winter Olympics being hosted by Russia. Security fears are already at heightened alert following a series of suicide bombings.