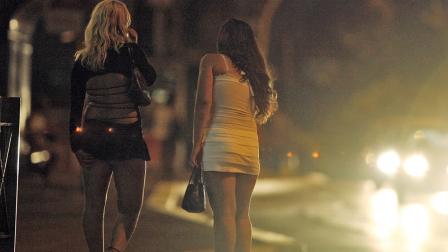 The states of New York and New Jersey are both doing their respective parts of hosting fans, athletes, dignitaries and NFL officials for the upcoming Super Bowl Sunday on February, 2nd. There are a lot of moving parts that go into planning such a mega-event and officials are not leaving anything to chance. One issue of focus has been the sex for sale industry of prostitution.

Prostitution during big events isn't just a representation of the world's oldest occupation. It is no longer two consenting adults, illegal sex trafficking is becoming a major reason for the concerns.

The surge of out of town and often rowdy crowds combined with the large local population and easily accessible highways make this year's Super Bowl prostitution concerns stronger than any other year. New Jersey started planning earlier, even as early as the first announcement that the NFL's annual showcase would be coming to the home stadium of the New York Jets.

A huge campaign was aimed at educating law enforcement, hotel workers, and even impressionable high school students as to the dangers and warning signs of illegal sex trafficking.

The NFL is happy to assist local politicians in protecting the integrity the league's biggest event.

Related Topics:Super Bowl prostitution
Up Next