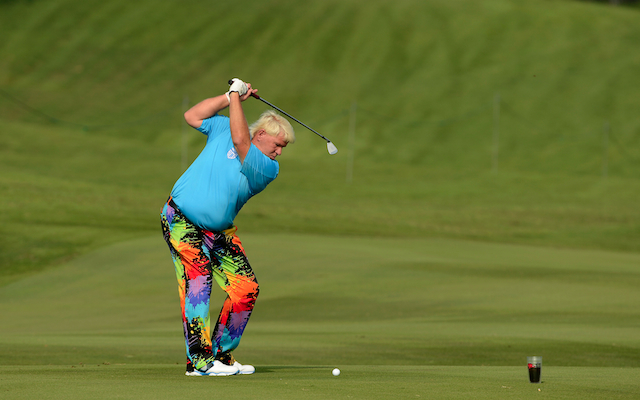 There will be one less drive in the future of two-time major golf champion John Daly, as the car he thought he won with a hole-in-one has been repossessed by the PGA Tour.

"I didn't even look at the shot," Daly said after the round. "I leaned over to get my tee and was telling the Callaway representative that it felt pretty good. He said, ‘Good, because it just went in the hole.’ "

At the Nicklaus Private Course at PGA West in San Diego, the popular 47-year-old sent his first-ever shot with a new 9-iron straight into the par three 7th hole, which supposedly qualified him for a brand new Hyundai.

“Trust me, with three kids I will put the new Hyundai to good use,” he said to the San Diego Tribune on Monday.

By Tuesday the PGA Tour had reconsidered, saying his ace was "actually a second practice shot with a different club which does not qualify for car."

Yes, Long John had reportedly taken a mulligan with a different club before his apparent ace, disqualifying him for the new ride and adding the latest tough-luck twist to his hard-luck history.

If it's any consolation, this latest snub occurred just after Daly's 32nd-place finish at the Sony Open, an effort that netted him $30,986.67.

As the list price for most new Hyundais starts at around $17,000, maybe his kids won't be lacking for a new ride after all.

Related Topics:john daly car
Up Next