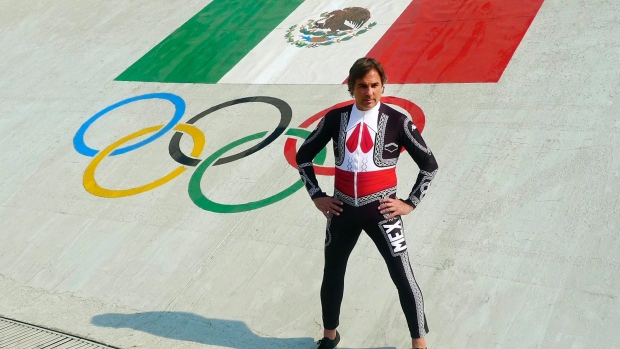 Sochi, Russia - The Olympic games have seen their share of oddball players and while it isn't likely that any of them will reach the level of fame that the 1988 Jamaican bobsled team reached, these players will enjoy a fleeting moment of fame.

Take for instance Mexico's Olympic skier Hubertus von Hohenlohe. The 55-year-old claims to be of royal lineage and has spent his life in Austria. By most expectations, he is expected to finish last in the ski jumping competition. His skin tight jumpsuit is designed to appear like a Mariachi uniform. Chips and salsa anyone?

Luger Shiva Keshavan from India is a man who closely resembles the dedication of the 1988 Jamaican bobsled team in that he trains in an environment with no ice. In fact, his luge sled has four wheels and he often trains on open roads alongside other vehicles. However, he has made numerous Olympic appearances as a testament to his perseverance.

Figure skater Javier Fernandez from Spain. He actually demonstrates real talent and some consider him to have a shot at winning a medal. His native Spain has won only two Winter Olympic medals the last once being in the 1992 games. A victory by Fernandez would be a huge boost to national pride.

On The Web:
A look at Olympic oddities: Mexican ski jumper, luger from India
http://www.ctvnews.ca/sochi/a-look-at-olympic-oddities-mexican-ski-jumper-luger-from-india-1.1671687

Related Topics:Olympic Oddities
Up Next